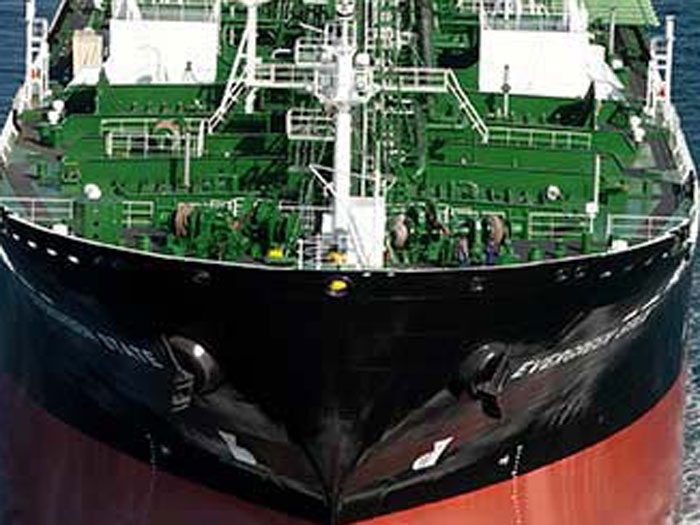 Kinder Morgan, Inc. (NYSE: KMI) has now emerged as the buyer for the four ships, reporting that it has signed a definitive agreement valued at an all-in price of $568 million with Philly Tankers LLC to take assignment of contracts for the construction of the four, new 50,000 dwt, Tier II tankers.

Kinder Morgan, Inc. (NYSE: KMI) is the largest energy infrastructure company in North America. It owns an interest in or operates 84,000 miles of pipelines and 165 terminals. It entered the Jones Act product tanker business with an initial purchase of five ships in January 2014 via the acquisition of American Petroleum Tankers and State Class Tankers for $960 million in cash.

Kinder Morgan currently has seven product tankers on the water and five tankers that are in various stages of design and construction at the NASSCO shipyard in San Diego, CA, scheduled for delivery between late 2015 and mid-2017.

These four new vessels from Aker Philadelphia will increase Kinder Morgan’s Jones Act tanker fleet to 16 ships by late 2017, of which 14 are under long-term contracts with strong, creditworthy counterparties.

Philly Tankers says its pre-tax gain on the assignment of all four contracts will be about $45 million.

Each LNG-conversion-ready tanker will have a capacity of 337,000 barrels. The vessels will be delivered to Kinder Morgan between November 2016 and November 2017 and placed in the Jones Act trade. The first two that are scheduled for delivery, in late 2016 and early 2017, are under long-term contract to what Kinder Morgan describes as “a creditworthy oil company,” adding that contract discussions for the two tankers to be delivered by late 2017 are ongoing with other creditworthy counterparties, and executed contracts are expected to be completed by early 2016.

Approximately 10 percent of each vessel’s all-in price will be paid upon construction start, with the pro-rata balance due upon each ship’s delivery.