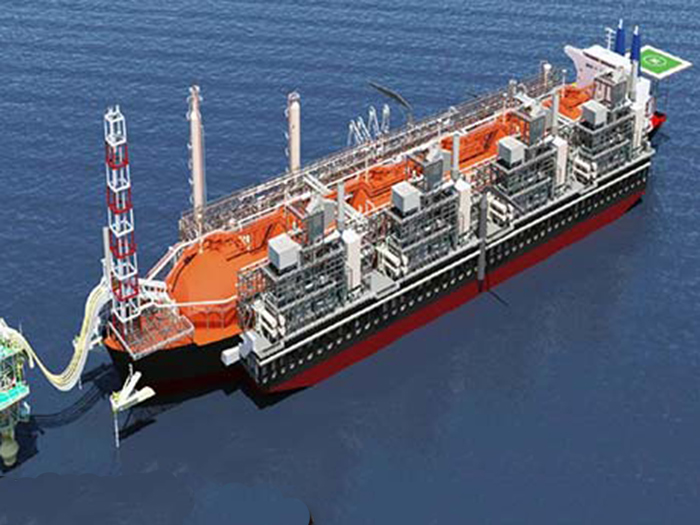 Golar LNG Limited (NASDAQ: GLNG) reports that through a new subsidiary, Gimi MS, it has entered into a 20-year lease and operate agreement (“LOA”) with BP for the charter of an FLNG unit, Gimi, to service the Greater Tortue Ahmeyim project.

The FLNG will be created by converting the 1978-built, Moss type LNG carrier Gimi, which has been relocated from layup to Keppel Shipyard in Singapore where conversion works are expected to commence soon.

Expected to commence production in 2022, the FLNG Unit Gimi will liquefy gas as part of the first phase of the Greater Tortue Ahmeyim project and be located at a nearshore hub on the Mauritania and Senegal maritime border. FLNG Gimi is designed to produce an average of approximately 2.5 million tonnes of LNG per annum, using the Black & Veatch “Prico” liquefaction process, with the total gas resources in the field estimated to be around 15 trillion cubic feet.

Keppel and Golar have previously partnered on the FLNG Hilli Episeyo, the world’s first FLNG conversion project, which, says Keppel, “has been a successful proof of concept as a quick and cost-efficient solution for monetizing stranded gas reserves. Hilli Episeyo has maintained 100% uptime since commencing commercial operations in June 2018 and consistently despatched two LNG cargoes each month.”

Concurrent with its entry into the LOA with BP, Gimi MS has entered into an agreement that will see First FLNG Holdings Pte. Ltd., a subsidiary of Keppel Capital, will subscribe for 30% of the total issued ordinary share capital of Gimi MS for a subscription price equivalent to 30% of the project cost.