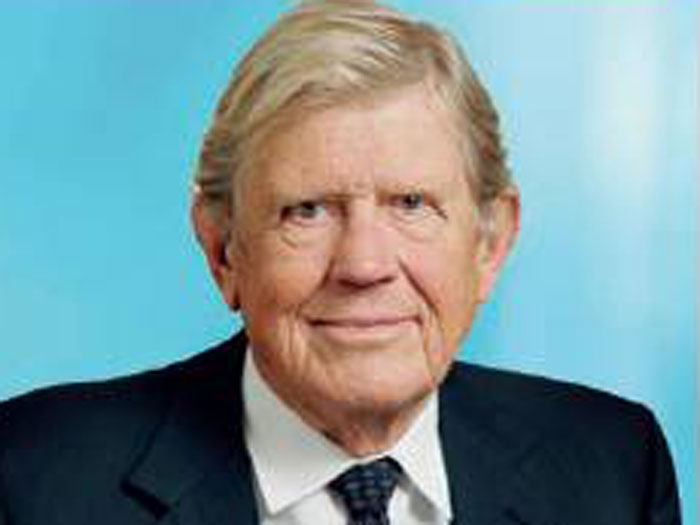 DECEMBER 9, 2014 — Stolt-Nielsen Limited (Oslo Børs: SNI) today announced that Jacob Stolt-Nielsen, the visionary entrepreneur who founded the company in 1959, will retire from the SNL Board of Directors effective December 15, 2014, thus formally concluding his career at the company, 55 years to the date of its founding. He will continue as Honorary Chairman.

He is widely credited as the creator of the parcel tanker concept and has been a pioneer in many other maritime areas. conceived the innovative designs that led to the creation of the first parcel tanker. After founding Parcel Tankers, Inc. in 1959, he pioneered the global trade for liquid chemicals, building the world’s largest chemical tanker company, Stolt Tankers. In 1971, he acquired the first bulk-liquid storage terminal, thus paving the way for what is today Stolthaven Terminals. In 1972, he founded Stolt Sea Farm, recognized as a leading aquaculture company, specializing in the production of premium species. In 1973, he created Stolt-Nielsen Seaway A/S to provide innovative diving services to the offshore oil and gas industry in the North Sea, an operation that later evolved into Stolt Offshore, a billion dollar company. In 1979, he founded Stolt Tank Containers, building one of the world’s largest tank container operators and the only operator with its own global depot network.

All is never smooth sailing in the maritime industry and, in January 2003, Stolt-Nielsen became involved in an antitrust battle that saw the company stripped of an amnesty it had been granted with Mr. Stolt-Nielsen and son Niels G. Stolt-Nielsen being told they were targets of DOJ action. A trial in 2005 ruled unanimously in favor of Stolt-Nielsen and its executives. In December 2007, the DOJ announced that it would not appeal the decision.

“Thus ended the worst episode in the history of Stolt-Nielsen,” he wrote in the company’s 2007 annual report. “The struggle took a great toll. The cost in money – more than $150 million – was bad. The cost in grey hair and stress was worse… We proved the hard way that justice can be had in the U.S. if you have deep pockets and the nerve to fight. I am glad it is over.”

Stolt-Nielsen Limited generated $2.1 billion in revenue in 2013 and its shares trade on the Oslo Stock Exchange.

Niels G. Stolt-Nielsen, who is Chief Executive Officer and a Director of Stolt-Nielsen Limited, as well as a son of Mr. Stolt-Nielsen, said, “My father’s presence at Board meetings will be missed, but I expect we will continue to benefit, if only indirectly, from his most welcome counsel.”

Not everyone has found Jacob Stolt-Nielsen’s counsel welcome, including the Norwegian Foreign Ministry which got rather upset at remarks he made via financial newspaper Dagens Naeringsliv in 2011 suggesting that Somali pirates be sunk with their skiffs.

“Not arrest them and say, ‘naughty, naughty, shame on you,’ and release them again, but sink their boats with all hands,” he wrote. “The pirates won’t be frightened by being placed before a civilian court.”