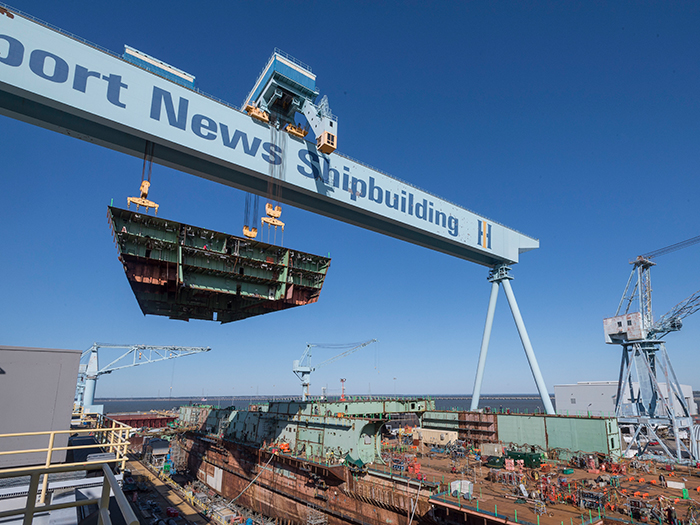 New contract awards in the quarter were approximately $19.6 billion, primarily driven by an award for the detail design and construction of two Gerald R. Ford-class aircraft carriers, Enterprise (CVN 80) and the unnamed CVN 81, bringing total backlog to approximately $41 billion as of March 31.

Diluted earnings per share in the quarter was $2.85, compared to $3.48 in the same period of 2018. The decrease was predominantly due to lower operating income and an unfavorable change in the non-operating portion of retirement benefit expense.

First quarter cash from operations was $11 million and free cash flow was negative $63 million, compared to $120 million and positive $47 million, respectively, in the first quarter of 2018.

“The first quarter was highlighted by the historic $15.2 billion contract for the detail design and construction of two aircraft carriers,” said Mike Petters, HII’s president and CEO. “With the Navy’s commitment to the two-carrier buy and more than $40 billion in contracted backlog overall, HII is well-positioned to continue creating long-term, sustainable value for our shareholders, customers and employees.”