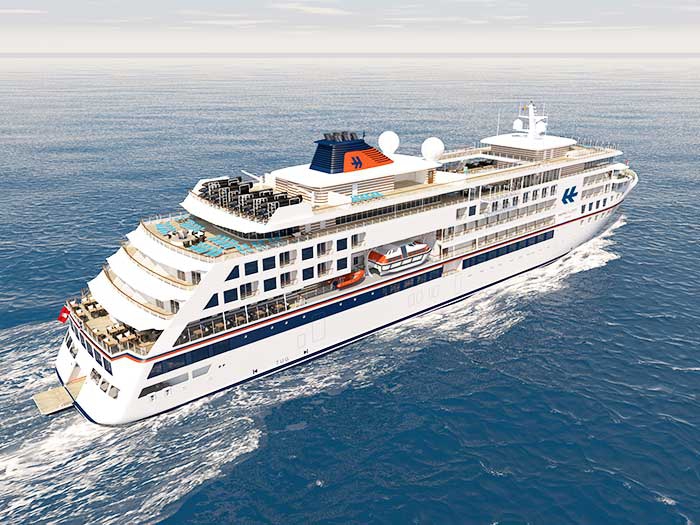 AUGUST 26, 2016 — Germany’s TUI Group is investing in two new vessels for its Hamburg based subsidiary Hapag-Lloyd Cruises. The two 240 passenger expedition ships will be designed and constructed by Fincantieri subsidiary Vard.

Vard says the order firms up a letter of intent that it announced May 31 with reference to an “undisclosed cruise company” and that effectiveness of the contracts for the two ships is still subject to customary financing conditions.

The hulls of the vessels will be built by Vard’s shipyard in Tulcea, Romania, and deliveries are scheduled from the shipbuilder’s Langsten yard in Norway in the first and fourth quarters of 2019.

Developed by Vard in close cooperation with Hapag-Lloyd Cruises, the luxury expedition cruise vessels will be approximately 16,100 gross tons, about 138 meters long and 22 meters wide, with a draft of 5.4 meters. Each vessel has seven passenger decks, with accommodations for a total of 240 passengers in 120 cabins and suites and a high proportion of balcony cabins. Each ship will have a crew of up to 170.

Interior design will be by Oceanarchitects of Hamburg.

Designed for cruises in polar regions in the Arctic and Antarctica and being built to Polar Class PC6, they will also be prepared for operations in warm water destinations such as the Amazon.

“They will also serve to strengthen our leading position in this market, in particular at the international level,” he says.