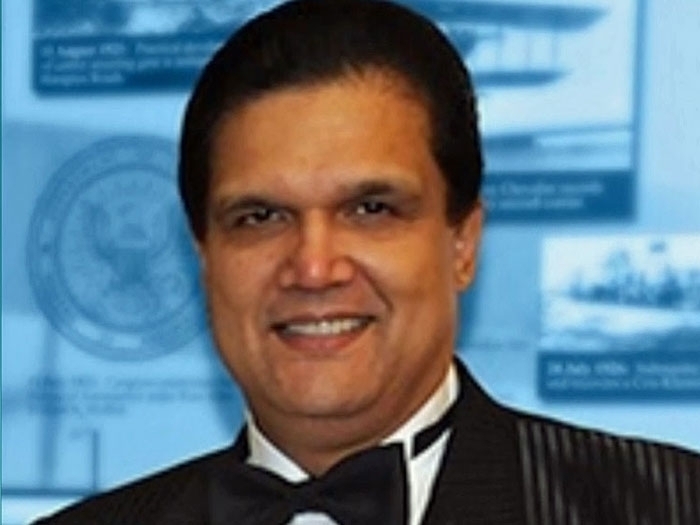 FEBRUARY 3, 2015 — Paul Simpkins, 60, of Haymarket, VA, a former senior federal contracting officer was arrested this morning for conspiracy to commit bribery in connection with his alleged role in a scheme to steer contracts and benefits to Glenn Defense Marine Asia (GDMA), a defense contracting firm headquartered in Singapore.

“Today’s arrest in this ongoing investigation demonstrates our continued resolve to root out all of the corrupt officials involved in this bribery scheme,” said Assistant Attorney General Leslie R. Caldwell of the Justice Department’s Criminal Division  “As alleged, Paul Simpkins misused his position as a contracting officer at the U.S. Navy to obtain bribes of cash, air travel, hotel rooms, and prostitutes, and his actions tarnish the reputation earned by the vast majority of U.S. Navy officers and enlisted and civilian personnel.”

“With the arrest of Paul Simpkins, who was recently among the Defense Department’s high ranking civilians we have uncovered yet another tentacle of this pervasive bribery scheme,” said U.S. Attorney Laura E. Duffy of the Southern District of California. “The more we learn about the extent of the greed and corruption, the more determined we are to eviscerate it.”

At this morning’s hearing, U.S. Magistrate Judge T. Rawles Jones of the Eastern District of Virginia ordered Simpkins to be detained pending a bond hearing set for Feb. 4, 2015.  To date, seven individuals, including Leonard Glenn Francis, owner and chief executive of Glenn Defense Marine Asia (GDMA), and GDMA have entered guilty pleas as part of the investigation.

According to a criminal complaint unsealed today, Simpkins held several manager-level contracting positions throughout the federal government, including Supervisory Contract Special at the U.S. Navy Regional Contracting Center in Singapore from April 2005 through June 2007, and manager in the Department of Defense’s Office of Small Business Programs from December 2007 to August 2012.

The complaint alleges that between May 2006 and September 2012, Simpkins accepted several hundred thousand dollars in cash and wire transfers, travel and entertainment expenses, hotel rooms and the services of prostitutes.  In return, Simpkins allegedly helped steer lucrative U.S. Navy contracts to Francis and GDMA, advocated for and advanced the interests of GDMA in contract disputes, and assisted in preventing GDMA’s competitors from receiving U.S. Navy business.

The complaint specifically alleges that, beginning in early 2006, Simpkins and Francis held a series of meetings at a hotel in Singapore in which Francis agreed to provide Simpkins with things of value in return for help in steering lucrative ship husbanding contracts to GDMA.

Specifically, the complaint alleges that Francis paid Simpkins by hand-delivering over $150,000 in cash and by making several wire transfers to a bank account held in the name of Simpkins’s wife at the time.  To conceal the true nature of the wire transfers, Simpkins allegedly used an email account belonging to his mistress to advise Francis of the routing and account information of the bank account belonging to his wife.

In return for the things of value, Simpkins allegedly used his influence within the U.S. Navy to benefit GDMA, including by helping GDMA to secure lucrative ship husbanding contracts to service U.S. Navy vessels in Thailand and the Philippines.

In another example, Simpkins allegedly instructed U.S. Navy officials in Hong Kong to discontinue the use of meters that monitored the volume of liquid waste that GDMA removed from U.S. Navy ships under its husbanding contracts.  The use of these meters would have ensured proper accounting of the actual amount of waste removed to ensure that no overbilling occurred.  Simpkins also allegedly instructed a U.S. Navy official not to review invoices that GDMA submitted in connection to a recent port call in Hong Kong after Francis complained that U.S. Navy personnel were asking questions.

The ongoing investigation is being conducted by NCIS and DCIS.The case is being prosecuted by Director of Procurement Fraud Catherine Votaw and Senior Trial Attorney Brian R. Young of the Criminal Division’s Fraud Section and Assistant U.S. Attorneys Mark W. Pletcher and Robert S. Huie of the Southern District of California.