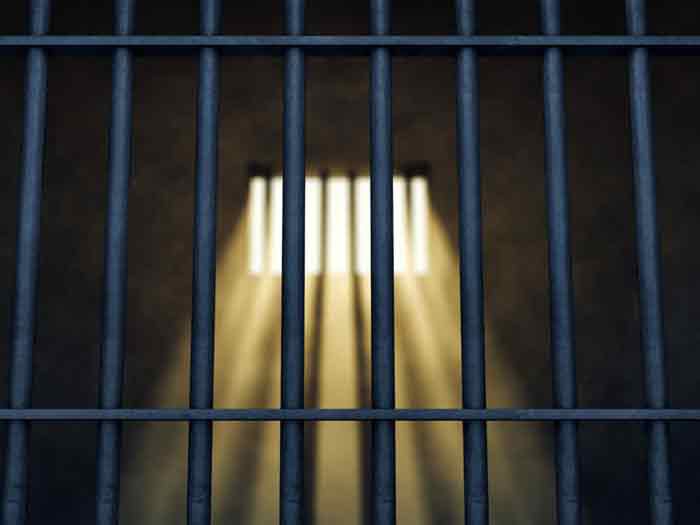 JANUARY 13, 2017 — In the latest development in the “Fat Leonard Affair” scandal, U.S. Navy Lieutenant Commander Gentry Debord, who was named U.S. Navy Supply Officer of the Year while accepting bribes and the services of prostitutes from a foreign defense contractor, was sentenced in federal court yesterday to 30 months in prison.

Debord, 41, who pleaded guilty in October 2016 to a bribery charge, was also ordered to pay a $15,000 fine and $37,000 in restitution to the Navy. Debord has admitted that he accepted cash, luxury hotels and prostitutes from foreign defense contractor Leonard Glenn Francis between 2007 and 2013. In return he provided proprietary Navy information that benefitted Francis’ company, Singapore-based Glenn Defense Marine Asia.

During yesterday’s hearing, U.S. District Judge Janis L. Sammartino told the defendant that he picked the wrong side. “You were clearly on their team and not the Navy’s team.”

Acting U.S. Attorney Alana Robinson said: “This is a fitting sentence for a man who sullied his stripes with such despicable behavior. We will continue to move forward in this investigation until all involved are held accountable.”

According to his plea agreement, from November 2007 to January 2013, Debord provided Francis and others with internal, proprietary U.S. Navy information; directed Francis and GDMA to inflate invoices to reflect services not rendered; advocated for the U.S. Navy to procure items from GDMA under its husbanding contracts; and otherwise used his position and influence in the U.S. Navy to advocate for and advance GDMA’s interests, as opportunities arose.

During the conspiracy, Debord was a supply officer aboard the U.S.S. Essex and later became a logistics officer for the Pacific Fleet. As a supply officer, Debord was responsible for procuring goods and services to meet the ship’s logistical and supply needs and for confirming that the U.S. Navy’s contractors provided these services. As logistics officer, he helped direct ship movements and port visits in the Western Pacific region.

As part of this conspiracy, Debord, Francis and others attempted to conceal the nature and extent of their relationship, by, among other things, using fictitious email accounts to communicate and using coded language and other means designed to obfuscate the true nature of their corrupt relationship, including referring to prostitutes as “cheesecakes” and “bodyguards.”

For example, on or about February 26, 2008, Debord emailed a GDMA executive to ask him to provide the services of prostitutes during the U.S.S. Essex’s upcoming port visit to Manila, Philippines: “[D]ouble checking to see if I will have my security for the 2nd and the 4th. I however do not want anyone to know I have a bodyguard.” The executive responded: “Bodyguards are standing by.”

About eight months later, around October 30, 2008, Debord emailed GDMA executives advising them that the U.S. Navy’s ship husbanding contract in the Philippines was “coming up for renew[al],” and asking that GDMA provide him with an apartment in conjunction with an upcoming port visit by the U.S.S. Essex to Hong Kong. Debord noted that he and another GDMA employee “had fun up [near Clark Air Force Base,] ate lots of cheesecake, even ate some in a group session.”

From May 2010 until December 2011, Debord was specially selected to attend the Naval Postgraduate School in Monterey, California, during which time he was not in direct contact with GDMA.

In December 2011, however, Debord accepted a position in Singapore, putting him again in close proximity to GDMA. On or about May 26, 2012, after recognizing Debord’s name on an email chain regarding fuel issues, GDMA’s Vice President of Global Operations Neil Peterson emailed another GDMA employee, “Look at who’s the replenishment officer for ctf73, you remember sex crazy LT Debord from Essex!” Peterson emailed Debord on May 28, 2012 and invited him out for “cheesecake…just like the good ol days.”

In the government’s sentencing memorandum, Assistant U.S. Attorney Mark Pletcher wrote that Debord’s conduct was particularly galling considering he received a prestigious award while he was in cahoots with Francis. “Ultimately, that Debord was effectively working for GDMA and against the U.S. Navy in dereliction of his official duties at the same time as being awarded the Supply Officer of the Year Award is an unparalleled example of duplicity, even considering the high bar set by the industrious cast of defendants in this investigation.”

Pitts were charged in May 2016 and his case are pending.

Also charged are five GDMA executives – Francis, Alex Wisidagama, Ed Aruffo and Neil Peterson and Linda Raja. Three have pleaded guilty; Wisidagama was sentenced on March 18, 2016 to 63 months and $34.8 million in restitution to the Navy. Francis and Aruffo await sentencing; Peterson and Raja were extradited from Singapore in September 2016 and their cases are pending.