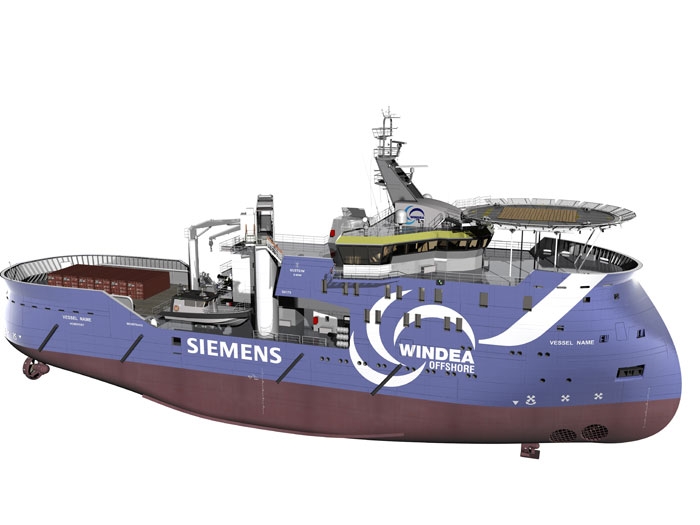 After the sales to Bourbon Offshore Norway of the second and third X-Bow ship designs, Group CEO Gunvor Ulstein was asked by the media whether the hull design was now a success. “Come back when we’ve sold 100!” was her reply.

“We can now see that X-Bow has been a huge success in the more recent history of Ulstein. When we sold our UT design to Rolls-Royce in 1999, we decided to build a new design portfolio and quickly came up with the concept for the new hull design,” says Deputy Group CEO, Tore Ulstein, who is also the company’s Head of Markets & Innovation. “Tank testing showed that this was something worth investing in.”

“The characteristics of the first ships with this hull design allowed them to sail in heavy seas at higher speeds, or to maintain their speed while consuming less fuel,” he says.  “At the same time, you avoided bow impact from waves, which increases comfort for the crew on board. Also, the waves do not climb over the top of the hull. Also, there is less spray being generated, meaning there is less ice formation in cold waters – something that is very important from a safety perspective.”

“We want to thank everyone who has helped during the course of these years, and who have been a part of developing a broad and solid portfolio of ships featuring the X-Bow,” he added.

Of the 100 X-Bow ships sold to date, 29 have been built in Ulstein’s own shipyard in Ulsteinvik, Norway.