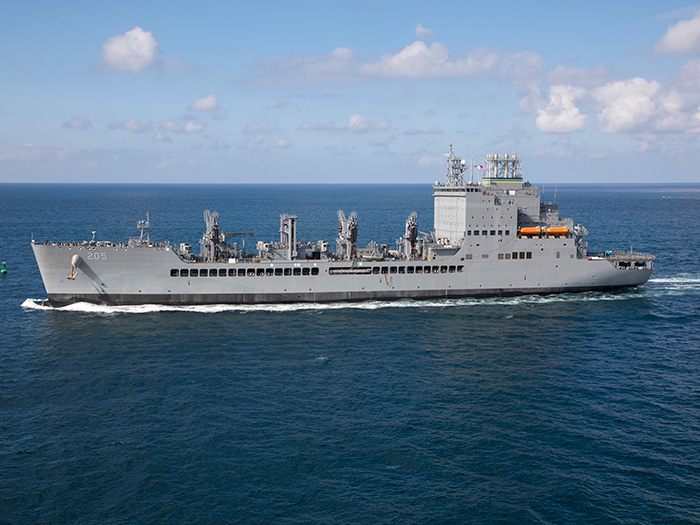 Builder’s trials consist of a series of in-port and at-sea demonstrations that allow the Navy and the shipbuilder, General Dynamics National Steel and Shipbuilding Company (NASSCO), to assess the ship’s systems and readiness prior to acceptance trials and delivery to the Navy.

“Ensuring readiness through sea trials is a crucial step to bringing this ship closer to fleet tasking,” said John Lighthammer, program manager at the Navy’s Auxiliary and Special Mission Shipbuilding Program Office. “USNS John Lewis will provide much needed capability to the fleet as the primary fuel pipeline at sea. We are looking forward to getting the ship into the hands of sailors and merchant mariners as another tool to support at-sea operations.”

The new John Lewis-class T-AOs will be operated by Military Sealift Command to provide diesel fuel and lubricating oil, and small quantities of fresh and frozen provisions, stores, and potable water to Navy ships at sea, and jet fuel for aircraft assigned to aircraft carriers. The new T-AOs will add capacity to the Navy’s Combat Logistics Force and become the cornerstone of the fuel delivery system.