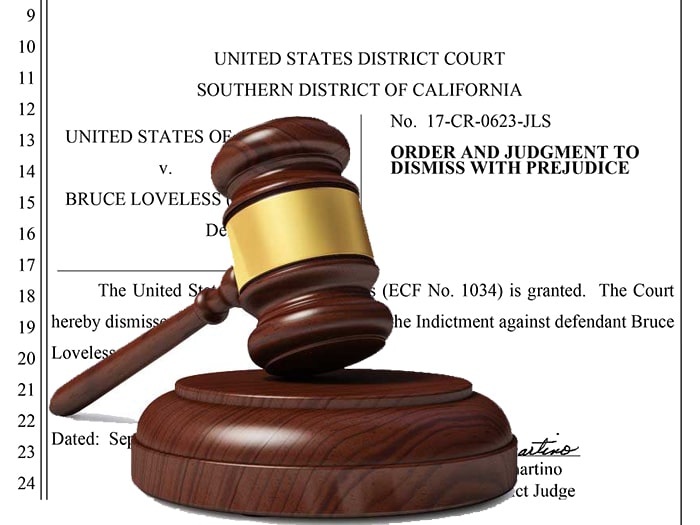 Federal prosecutors in San Diego will not pursue a second trial of retired Rear Admiral Bruce Loveless, one of the high ranking officials caught up in the “Fat Leonard” scandal.

The decision came after a federal jury, on June 29, failed to reach a verdict on charges brought against Loveless in a case in which four other defendants — former U.S. Navy Captains David Newland, James Dolan and David Lausman and former Commander Mario Herrera — were convicted on all counts of accepting bribes from foreign defense contractor Leonard Glenn Francis, the former CEO of Glenn Marine Defense Asia (GMDA).

All five defendants were members of the “Seventh Fleet nine,” who were arrested on March 14, 2017 and charged in a federal indictment with accepting luxury travel, elaborate dinners and services of prostitutes from Francis in exchange for classified and internal U.S. Navy information.

An order signed September 15, by U.S. District Judge Jannis L. Sammartino “dismisses with prejudice all charges in the Indictment against defendant Bruce Loveless.”

“Dismisses with prejudice” means that Loveless cannot be tried again on the same cases in federal court.