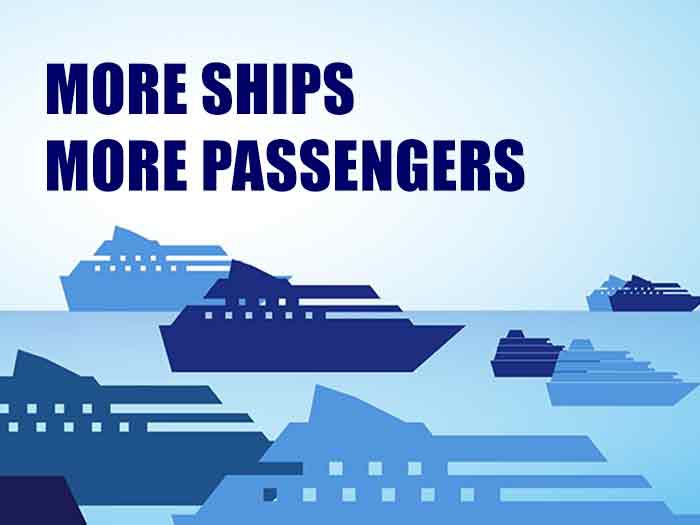 DECEMBER 16, 2016 — For cruise shipping operators, the future seems so bright that they are going to need sunglasses. In the release of its 2017 State of the Cruise Industry Outlook, Cruise Lines International Association (CLIA) predicts an increase in passengers carried and a significant investment in the industry.

CLIA, the world’s largest cruise industry trade association, is also predicting the top eight cruise travel trends that will impact the industry in the coming year.

More ships will also set sail in 2017. Cruise lines are scheduled to debut 26 new ocean, river and specialty ships in 2017 for a total investment of more than $6.8 billion in new vessels. From 2017-2026 the industry is expected to introduce a total of 97 new cruise ships totaling an estimated investment of $53 billion through 2026.

As part of the 2017 State of the Cruise Industry Outlook, CLIA has forecast the top eight cruise travel trends that will have the most impact on the cruise industry in the coming year.

Access the 2017 State of the Cruise Industry Outlook HERE