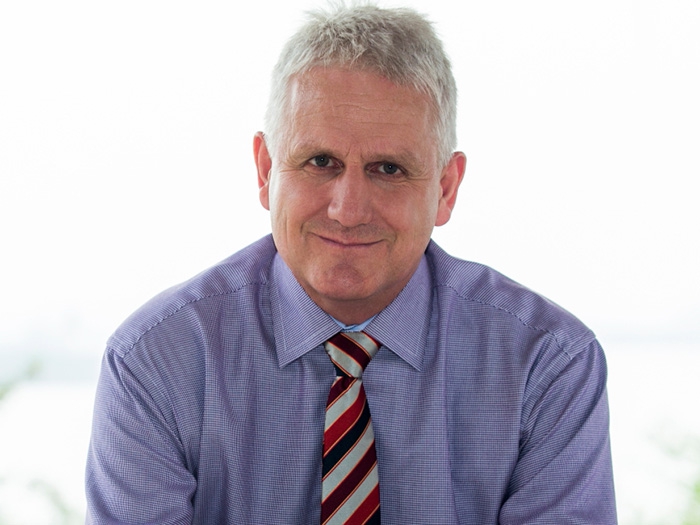 MARCH 12, 2018 — Shipping should start to prepare itself for a future where total emphasis will be placed on the efficient and digitized movement of goods along the supply chain rather than on the individual components of the chain such as the ships themselves.

That’s the view of Norwegian entrepreneur Morten Lind-Olsen. He is CEO of Dualog AS which provides a maritime digital platform designed to ensure that internet, email and cloud services work reliably and securely onboard.

Lind-Olsen says that the drivers for greater innovation and efficiencies are now the asset owners “because they know that whosoever of them ‘has the better digital strategy will be the one to succeed” and that companies like Amazon will demand that the perception of logistics from their point of view is fully understood.

“This means that the value will be derived from the goods themselves benefiting from the whole supply chain being digitized,” he added.

“People talk about digitization and the exciting opportunities it poses for shipping, but the real challenge so far has been to have enough IT connectivity between ship and shore,” says Lind-Olsen.”Now shipping has made this ‘big leap’ towards more stable and improved IT connectivity, the ships are able to react more in the same way its terrestrial counterparts have reacted over recent years.” .

Will we start to see the large IT and logistics powerhouses become shipowners?

“I wouldn’t be surprised if Amazon owns a shipping company soon, if they don’t already,” says Lind-Olsen.

But there is a contention that shipping has taken something of a back seat in the drive for a digitized supply chain with many shipping companies positioning themselves to be competing against each other just on price.

“You need to be part of something bigger to survive in the long run. I don’t think a traditional carry from A to B shipping line will have a bright future even if they can operate more efficiently because they will be put up against each other to compete instead of representing added value to the total supply chain,” says Lind-Olsen.