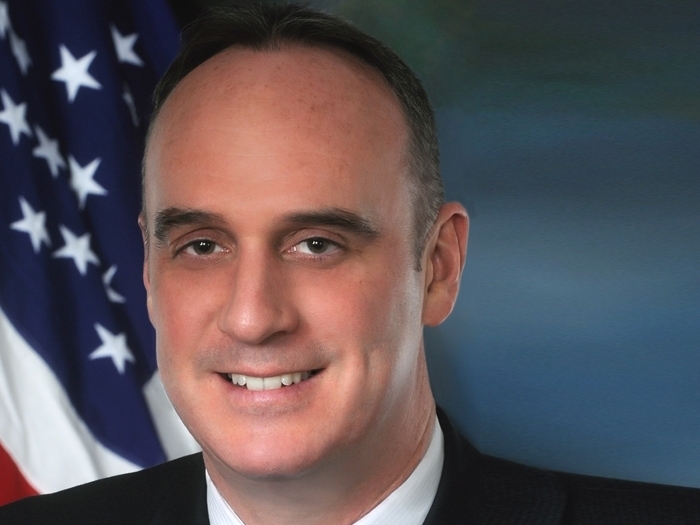 On October 21, 2016, the Federal Maritime Commission voted to take no further action to delay the implementation of the Ocean Alliance from going into effect, thus allowing the Alliance to become effective on October 24, 2016. The Ocean Alliance members consist of CMA CGM (w/APL), COSCO Shipping (w/CSCL), Evergreen Line and Orient Overseas Container Lines.

Commissioner Doyle’s follow-up statement explains terms and conditions that were changed from the originally filed Agreement.

It reads as follows:

Of particular concern to me is how ocean carrier alliances could detrimentally affect domestic businesses by exerting their collective market power to jointly negotiate and procure services from third parties and a potential for alliances to exercise monopsony power over suppliers. Indeed, the Ocean Alliance Parties filed their original agreement with language that would allow them to jointly negotiate and jointly procure third party services from suppliers such as tug services, barge services, bunker fuel suppliers, feeder services and/or stevedoring services. The maritime business community operating in and around the American waterways – rivers, coasts, Great Lakes, and harbors – raised objections to the joint contracting and procurement language. Tens-of-thousands of family wage jobs are supported by these service providers and the U.S. coastal and inland waterways fleet. The crux of the matter is that the Federal Maritime Commission can approve ocean carrier alliances thereby immunizing ocean carriers from certain antitrust related activity, but the Commission does not have the authority to grant immunization for domestic service providers such as tug and barge operators. Therefore, based on fairness it would not be prudent to hand the international ocean carries the authority to collectively act to jointly contract and procure services while the domestic service providers do not have the counter balancing ability to collectively negotiate from their side of the table. Finally, allowing the ocean carriers to collectively joint contract and procure services from third parties raises a monopsony power concern. Monopsony power increases the ability to drive the price of a purchased product, depressing output below what would prevail in the absence of the language provided in the alliance agreement.

Below, I have identified changes to the Ocean Alliance Agreement from its original filing in July 2016 to the finalized version in October and the changes fall into three general categories: 1) the scope of the agreement, 2) the Parties’ authority relating to chassis and related services, and 3) the ability of the parties to jointly negotiate and contract.

First, changes were made that clarified the geographic scope, the range of vessel capacity, and the type of information that could be shared between the Parties under the Agreement. In Article 4, the original text broadly listed continents, regions, and some countries that the Ocean Alliance would trade between. In the final version, an appendix was added listing the specific countries included in the Alliance trade. Similarly, the original text only limited the scope of the Agreement to a maximum capacity of 220 vessels of up to 21,000 TEUs, but additional text was added in Article 5.1 to specify a floor of 130 vessels with a minimum weekly capacity of 130,000 TEUs and to clarify that the maximum weekly capacity would total 250,000 TEUs. Final language also provides more specificity in the types of information that can be shared between Parties in Article 5.3 and also adds a subsection that prohibits the parties from sharing information on freight rates, prices, tariff items, confidential service contract terms or conditions, individual customer lists, individual marketing plans or proposals, or individual bids.

Second, the changes to Article 5.10 maintain the limited role that carriers have said they wish to have in chassis. Under the original text, Parties could discuss and reach agreement amongst themselves or with third parties (chassis pools, equipment lessors, etc.) on the use and provision of chassis, containers, and related equipment as well as any other related goods or services. The finalized language, however, only allows the parties to meet and discuss matters related to chassis, containers, and equipment.

Third, extensive changes were made to provisions that allowed for joint contracting and procurement. The final language of Articles 5.2(e) and 5.11 removed some joint contracting authorities entirely and limited the remaining authority to jointly contract for transshipment, barge/feeder services, bunker fuel, and facilities by stipulating that those could only occur outside the United States. Article 5.9 was also significantly altered to follow the framework established in the 2M Alliance Agreement (Maersk Line and Mediterranean Shipping Company (MSC). Under that framework, the Parties must negotiate independently and enter into separate contracts with port terminal facilities, marine terminal services (except where a terminal wants to negotiate with the Parties jointly), tug services, stevedoring services, and other services. On the operations side, though, the Parties can still jointly discuss and coordinate on matters such as port schedules, berthing windows, and other operational matters.

The Commission is now awaiting the filing of THE Alliance which is expected to consist of Hanjin, Hapag-Lloyd (expected w/ United Arab Shipping (UASC)) , Kawasaki Kisen Kaisha (“K” Line), Mitsui O.S.K. Lines (MOL), Nippon Yusen Kaisha (NYK) and Yang Ming. However, this week plans were announced for the Big-3 Japanese carriers – MOL, “K” line and NYK announced plans to merge their container line operations into one operational entity. And, we do not at this time know the final disposition of Hanjin Line or its assets.

The Ocean Alliance final agreement can be found here: http://www2.fmc.gov/agreement_lib/012426-000.pdf