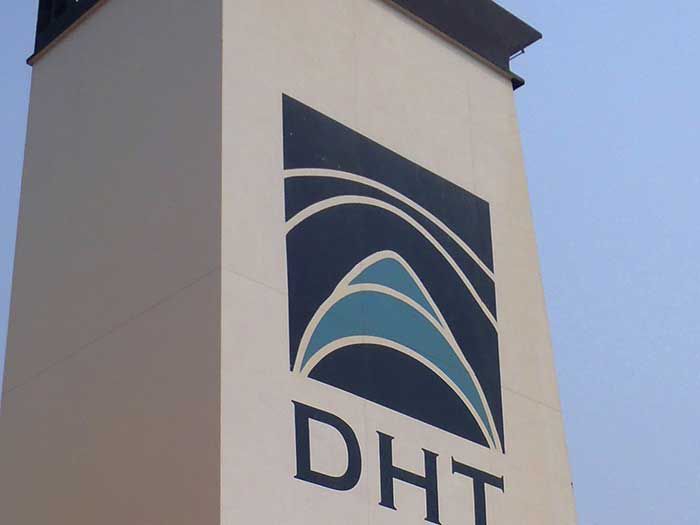 MAY 7, 2017 — “We did not build this company simply to hand it over to you on the cheap,” the Board of tanker owner DHT Holdings, Inc. (NYSE: DHT) says in its latest rebuff of an unsolicited takeover offer from John Fredriksen controlled Frontline Ltd (NYSE/OSE: FRO).

DHT said today that its Board of Directors has now unanimously rejected Frontline Ltd.’s (NYSE/OSE: FRO) April 25 proposal to acquire all of the outstanding shares of common stock of DHT at a ratio of 0.8 Frontline shares for each DHT share (see earlier story).

The DHT Board’s response is contained in a letter to Robert Hvide Macleod, Principal Executive Officer of Frontline.

The text of the letter follows.

We refer to your letter of April 25, 2017, proposing a business combination between Frontline Ltd. and DHT Holdings, Inc., in which our shareholders would receive 0.8 Frontline shares for each share of DHT that they own.

This is, of course, the exact same proposal you made at the end of February. We unanimously rejected that proposal, determining it significantly undervalued the contribution that DHT’s business would make to a combined company.

But charter rates, asset values and other conditions are changing constantly in our industry, and DHT’s fleet has evolved significantly since your February proposal. As a Board, we will always remain open to exploring alternatives that, relative to our current strategy, could provide superior value to our shareholders, including a proposed takeover. Taking this all into account, with the assistance of DHT management, our financial adviser, Lazard, and our legal counsel, Cravath, Swaine & Moore LLP, we thoroughly and carefully reviewed your proposal with an open mind and fresh outlook.

Following that review, we have unanimously concluded that your proposal continues to be wholly inadequate for DHT and its shareholders.

We reject your proposal for a wide array of reasons – some perhaps even more compelling to us now than they were this past February. We would like to detail a few that should help you come to appreciate, quite frankly, just how far off the mark you are. Our hope is that-with a better understanding of the total inadequacy of your offer-we can all turn our focus to areas more productive for our respective businesses. For our part, we have instructed our management team to focus on its full-time job of running a great shipping company, for the benefit of our shareholders. The bottom line is that Frontline’s proposed takeover of DHT is so woefully inadequate that we do not believe further engagement will result in a fair offer for the DHT franchise.

Our reasons are set forth below.

At the outset, know that we are incredibly pleased that our management team has taken advantage of what we believe is – at the moment – a buyer’s market. We are optimistic about the prospects of our expanded fleet, which is 50% larger after the deal we struck with BW Group at the end of March. We believe that value creation comes from additional growth at this stage in the industry cycle. We have great faith in our management team and its ability to execute on our strategic plan and maximize value for our shareholders.

DHT has built a sizable, high-quality fleet. Our acquisition of BW’s VLCC fleet is the latest example of our efforts in this regard, and we believe our shareholders are more than satisfied with the purchase price and other terms of that transaction. We assume we can count Frontline among those satisfied, as you testified under oath to the New York Supreme Court in April that our transaction with BW was “not a bad deal.” We agree – in fact we believe it was a very good deal. So it comes as no surprise to us that you still wish to acquire our fleet.

But we did not build this company simply to hand it over to you on the cheap.

We estimate that our fleet would contribute nearly 50% of the aggregate net asset value (NAV) of a combined company. We also estimate that the DHT fleet would provide in excess of 45% of the combined company’s 2018 EBITDA. You are offering our shareholders only 40% of the combined company’s equity. We have consistently told you that the starting point for any discussion is a fair and balanced analysis of fleet value. Payment of a control premium would come on top of such a fundamental and intrinsic analysis.

In March, our management team met with you several times to discuss the value of the DHT fleet based on fundamental contribution. We understand that those conversations did not prove fruitful. You have refused to engage in a discussion that starts with the proposition that both fleets should be valued on a common basis. Your all-stock offer demands such a starting point.

If we cannot begin a discussion with an honest and balanced analysis of relative contribution, then we cannot begin to talk about the contours of a possible transaction, including an appropriate control premium on top of the contribution of DHT’s fleet to Frontline’s asset value and earnings potential.

Additionally and importantly, a qualitative comparison of our fleets bears out the conclusion that your proposal undervalues DHT’s contribution to a combined company. Our ships are predominantly built at Hyundai and Daewoo in South Korea, two of the most recognized shipyards for large tankers. We believe that quality ships built at quality shipyards offer superior long-term economics through competitive cost of vessel maintenance.

In addition, our VLCCs have an average age of 6.5 years, including four newbuildings under construction. The average Frontline VLCC is relatively older.

To stay competitive in a segment where young ships are highly desirable, we expect that your upcoming capital expenditure requirements will far outstrip our own. We have been prudent in keeping our fleet youthful, while keeping leverage down and maintaining our capital allocation policy. When it comes to capital allocation, our strategy is clear and simple-retain a prudent amount of cash flow to fund growth and operations and return the remainder to our shareholders based on our well-defined capital allocation policy, which our Co-CEOs have explained in detail to our shareholders. We believe our shareholders are supportive of this approach and deserve an opportunity to benefit from investment in our discipline.

We have a prudent amount of leverage, and we have acted opportunistically to make prepayments on our debt and repurchase our convertible bonds during periods of strong cash flows. As a result, you do not see us relying on excess leverage to sustain dividends (to the contrary, we are sticking to our publicly stated, well-defined capital allocation policy).

Even in cyclical downturns, we have avoided the need to restructure. Together with management, we take full ownership and responsibility for our balance sheet-we expect never to make public scapegoats of our executives. We are not at the mercy of a dominant shareholder to rescue us from insolvency or restructuring. We have a plan designed to withstand the inevitable cyclicality of our industry. We think this plan is serving us well during trough periods with weaker earnings.

Separately, we note that Frontline is not a pure-play crude company. DHT, particularly given the successful BW acquisition, allows our investors to focus on that segment. If our investors desire refined product exposure and a different vessel mix that incorporates a large number of smaller-capacity ships, Frontline and other platforms are available. Our near exclusive concentration on VLCCs, we believe, is a valuable asset for our public shareholders.

DHT has built a reputation as a transparent company with strong corporate governance practices. Our Board is strongly independent under the New York Stock Exchange rules. As a foreign company listed in the U.S., we are entitled to certain exemptions from these independence requirements. Nevertheless, we are set up so as not to differ significantly from the standards followed by U.S. companies listed on the NYSE. We truly believe this approach serves the best interests of our shareholders.

This fact is particularly notable to us in the context of your proposal. We note that, based on your filings with the SEC, Frontline’s current stake in DHT is actually, in part, held by a separate entity owned by your dominant shareholder. Frontline has no apparent control over this other entity. The idea that DHT would come under the control of this shareholder-and be subject to his competing interests-is anathema to our vision of shareholder value-creation.

Further to that point, all of our business resides within the DHT group. We do not have a dominant shareholder siphoning off returns via an externally owned management company. When we raise debt, we do so through reputable financial institutions instead of obtaining credit facilities from related parties.

With all due respect, Frontline and its dominant shareholder cannot make these same claims.

Lastly, we would be remiss in not bringing up the recent games you have been playing in the courts. First you tried to block our purchase of BW’s VLCCs in New York. The New York justice not only denied your request, but even repudiated the substance of your argument, noting that you had failed to establish a probability of success on the merits. Next, having been chastised in New York, you sought another emergency order in yet another forum, and failed again. Your tactics have been pure gamesmanship and not designed to get to the core of your allegations, which are wholly without merit.

Robert, we speak now for ourselves and on behalf of DHT management. We have expended significant time and resources on thoroughly considering, in good faith, your various proposals. We have tried to find a common basis to commence real negotiations. We have spoken several times, over the phone and in person, about much of what we write about today. These efforts have proved fruitless.

Meanwhile, the entire DHT team, including our Co-CEOs and CFO, is working tirelessly to run our business and integrate the 11 VLCCs we acquired from BW.

Our goal today is to put our management team in the best position possible to execute DHT’s strategic plan. We believe our plan is the best path towards enhancing value for DHT’s shareholders. We believe it is vastly superior to your proposal and that the time has come to allow our management to commit to it without distraction. You have claimed, multiple times, that your proposal is final. We have taken you at your word on this point. We believe that it is time for both Frontline and DHT to turn our attentions to more productive endeavors.

The Board of Directors
DHT Holdings, Inc.