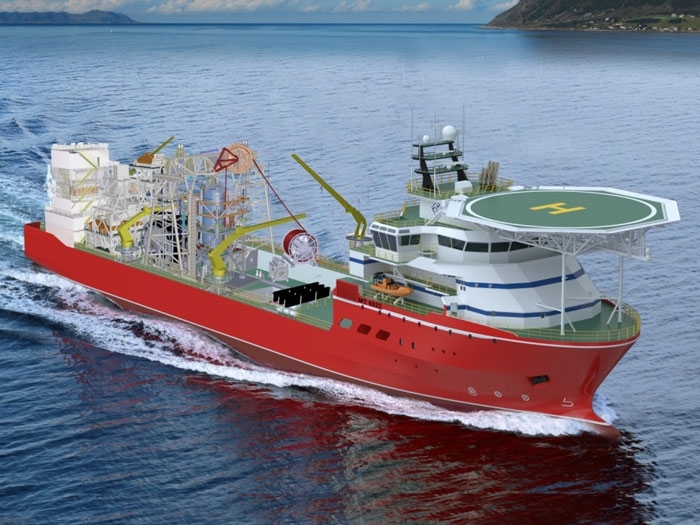 The contract was initially announced in October 2014, (see earlier story) but subject to final approval by end May 2015.

The first of its kind vessel will be of Marin Teknikk MT 6022 design. The design is well proven in the offshore construction segment, but the newbuild for De Beers will include a wide range of tailor made equipment and features.The vessel will be built at the Kleven Verft shipyard in Ulsteinvik, Norway, and is to be delivered in June 2016.