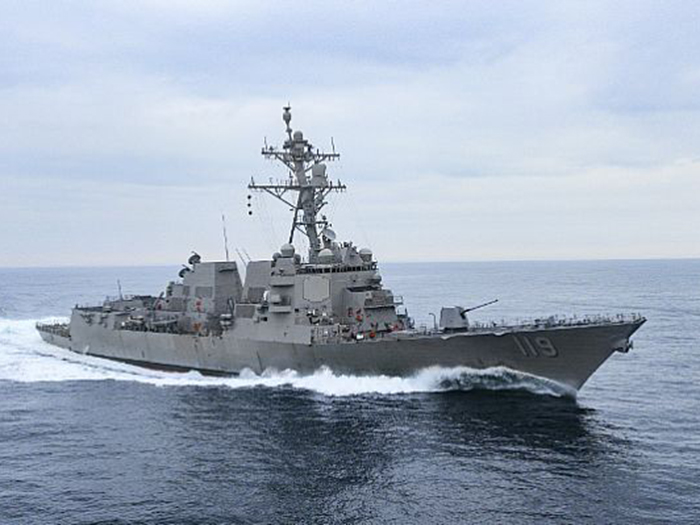 During acceptance trials, the ship’s crew performed a series of demonstrations for review by the U.S. Navy’s Board of Inspection and Survey (INSURV).

“The ship performed exceptionally well and demonstrated that the ship is materially ready to execute her mission,” said Capt. Seth Miller, DDG 51 class program manager, Program Executive Office (PEO) Ships. “The success of these trials validates this highly capable ship will be a force multiplier when she joins the fleet.”

DDG 119 is being constructed with the Aegis Baseline 9 combat system, which incorporates Integrated Air and Missile Defense capabilities, such as increased computing power and radar upgrades, that improve detection and reaction against modern air warfare and Ballistic Missile Defense threats.

“DDG 119’s exceptional performance during these trials is a direct reflection of the teamwork between Ingalls Shipbuilding and the Navy,” said the Supervisor of Shipbuilding, Conversion and Repair Gulf Coast, Capt. Nathan Schneider. “I am proud of this ship and I am extremely proud of the Ingalls Shipbuilding and Navy team that built her. Right behind DDG 119 are follow-on DDGs that will be even better, including the first Flight III DDG which is a real game changer.”

“DDG 119 just completed a very successful sea trial demonstrating shipboard systems to ensure the future delivery of another quality, state-of-the-art surface combatant,” Ingalls Shipbuilding President Brian Cuccias said. “From the start of fabrication to final sea trials, our shipbuilders have continuously demonstrated remarkable proficiency and craftsmanship in building Delbert D. Black and in preparing the ship for service in the world’s greatest Navy.”

DDG 119 honors Delbert D. Black, the first Master Chief Petty Officer of the Navy, and will be the first naval ship to bear his name. Black is best known for guiding the Navy through the Vietnam conflict and ensuring proper enlisted leadership Navy-wide by initiating the Master Chief program.