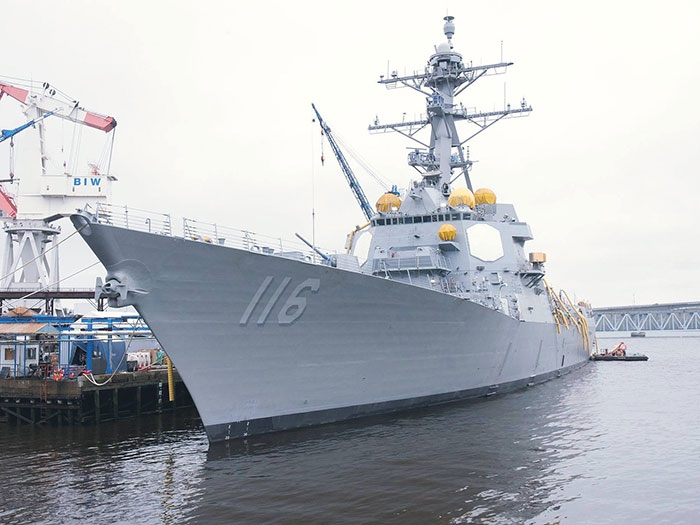 Builder’s Trials consist of a series of in-port and at-sea demonstrations that allow the shipbuilder, Bath Iron Works (BIW), and the Navy to assess the ship’s systems and its readiness for delivery.

“With the successful completion of these trials, we move closer to adding DDG 116 and her exceptional capabilities to the Fleet,” said Capt. Casey Moton, DDG 51 class program manager, Program Executive Office (PEO) Ships. “The Navy and industry team worked diligently to ensure the ship operates at peak performance.”

The Aegis Combat System will enable DDG 116 to link radars with other ships and aircraft to provide a composite picture of the battle space. When operational, DDG 116 and her sister ships will serve as integral players in global maritime security.

The future USS Thomas Hudner will return to sea to conduct Acceptance Trials with the Navy’s Board of Inspection and Survey later this spring. During Acceptance Trials, all systems and gears will be inspected and evaluated to ensure quality and operational readiness prior to the Navy accepting delivery.