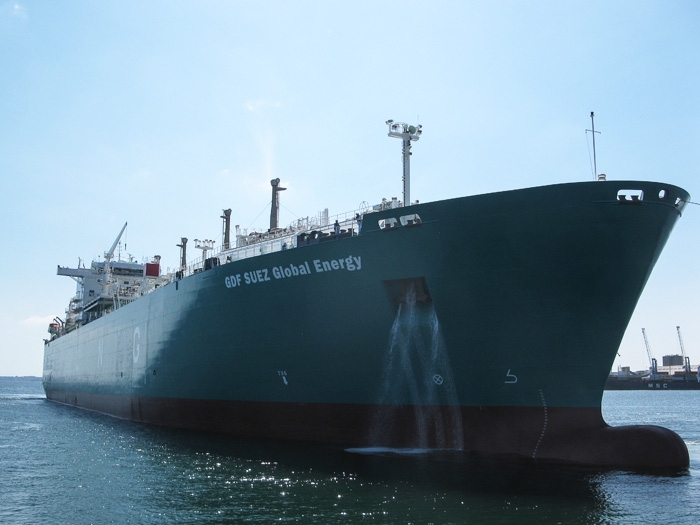 The vessel was delivered as Gaz De France Energy in 2006 by shipbuilder Chantiers de L’Atlantique in St.Nazaire and was renamed in 2009. The vessel was the first LNG carrier fitted with dual fuel diesel electric propulsion, now a new standard of the LNG shipping industry and has a GTT CS1 type LNG containment system.

The vessel will stay in the shipyard for approximately 55 days of which 20 days will be in dry dock.

The shipyard was well known for its LNG expertise in the period when it operated under the SOBRENA name. Since its acquisition by Damen Shipyards Group and its reopening in April 2012 slowly it has slowly but surely regained market share of northwestern European LNG carrier dockings.

Damen Brest’s Managing Director Jos Goris comments: “The long established relationship of the yard which dates back from the SOBRENA times with both Gazocean and GDF SUEZ GLOBAL GAS & LNG has certainly helped us in securing this order. Following nine foreign LNG carriers under Damen management, all employees are proud to see the first French owned LNG carrier in our yard.

“The LNG experience and know-how in France is second to none with companies like GDF Suez, GTT, Europe Technologies/ERI, Cegelec, CryoStar, APERAM, AMRI all contributing to the French LNG expertise cluster. This adds an enormous value to the service we offer our international clients.”

Damen Shiprepair Brest employs over 200 staff and has three graving dry docks. The largest dry dock measures 420 m x 80 m and is one of the biggest in Europe, allowing the yard to accommodate almost any ship in the world.