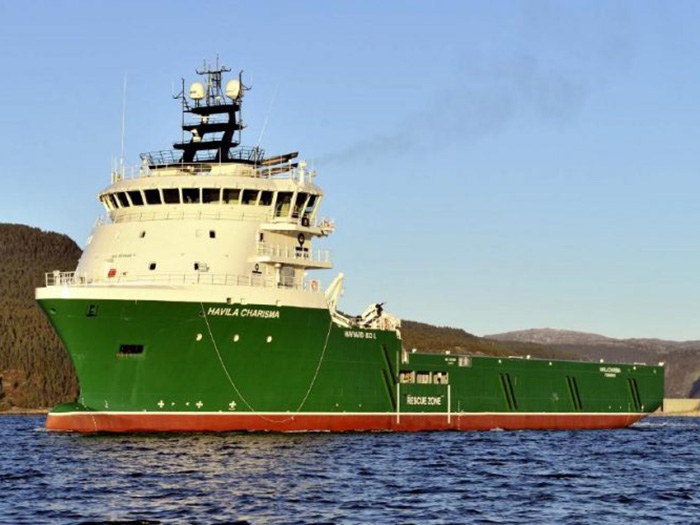 OCTOBER 5, 2017 – Corvus Energy has been selected as the supplier of lithium ion based energy storage systems (ESS) for two Havila platform supply vessels (PSVs) being retrofitted with hybrid power systems.

The two vessels are part of a larger group of PSVs that were awarded long-term charter contracts by Statoil, under the condition that they convert to hybrid power operations using batteries (see earlier story).

The 94 m Havila Foresight and the 93 m Havila Charisma will each be fitted with a 650 kWh Orca Energy ESS from Corvus, supported in part by the NOx fund. With these two additional vessels, this now makes six Statoil-chartered vessels awarded to Corvus, under charter by Statoil.

Statoil is focusing on reducing emissions from its logistics activities and has mandated that all new PSV charters utilize energy storage systems during all aspects of operation, particularly during dynamic positioning and harbor operations where fuel consumption and emissions will be significantly reduced. Equally important to the shipowners and Statoil, the ESS will increase safety through provision of a spinning reserve for improved response time as well as increased redundancy.

Richmond, BC, headquartered Corvus has received Type Approval from DNV-GL for its Orca Energy energy storage system (ESS) for use in battery-powered or hybrid vessels and offshore units.

DNV-GL approval confirms that the latest generation of ESS from Corvus Energy has been found in compliance with international standards, regulations and recognized DNV-GL rules.

The Orca Energy ESS was awarded Type Approval Certificate No. TAE000026N, which is valid to August 2022. Products approved by this certificate are accepted for installation on all vessels classed by DNV GL.