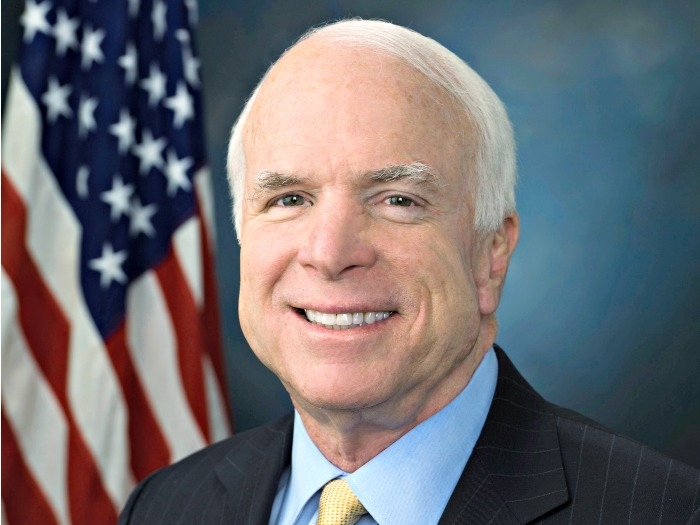 JANUARY 21, 2015 — A bipartisan group of 32 Members of Congress yesterday sent a letter to Senate Majority Leader Mitch McConnell and Senate Minority Leader Harry Reid urging that they reject a “misguided” amendment tacked onto the Keystone XL Pipeline bill by Senator John McCain that would repeal the U.S. build requirement of the Jones Act.

Here’s what they wrote.

We write to express our serious concern with amendment #2 submitted as part of the debate on the Keystone XL Pipeline Act (S. 1) that would have a harmful effect on our economy and our nation’s security.

Specifically, this proposal would repeal the domestic build requirements of the Merchant Marine Act of 1920— commonly referred to as the Jones Act—that has long served to ensure that our nation has a robust domestic maritime industry. America’s sea services are the most powerful in the world and play a critical role providing a stabilizing presence to keep the seas free and open, which in turn allows global commerce to thrive. One of the reasons our Navy is strong is because of the U.S. shipyard industrial base. This measure, however, would gut the nation’s shipbuilding capacity and have far reaching impacts across the nation. Building and maintaining these complex naval vessels, and retaining a capable and experienced U.S. workforce are essential to the safety and security of our nation.

Shipbuilders are vital to America’s national and economic security because they build, repair, maintain and modernize the largest and most sophisticated Navy and Coast Guard in the world as well as America’s fleet of approximately 40,000 commercial vessels.

According to a recent study by the Department of Transportation’s Maritime Administration, America’s shipbuilding industry supports more than 400,000 jobs in all 50 states, which boost our economy by almost $60 billion every year. Each direct job in the shipbuilding and repairing industry leads to another two jobs nationally, and each dollar of direct labor income leads to another $2.03 in labor income in other parts of the economy.

This amendment, which is unrelated to the underlying matter under debate and has received no consideration by any of the committees of jurisdiction in the House or Senate, would have a detrimental effect at a time when our domestic commercial shipbuilding sector is seeing a surge in new vessel construction. We urge the rejection of this misguided proposal, and look forward to working with you to continue to grow a robust and vibrant domestic shipbuilding industry.

The letter is signed by