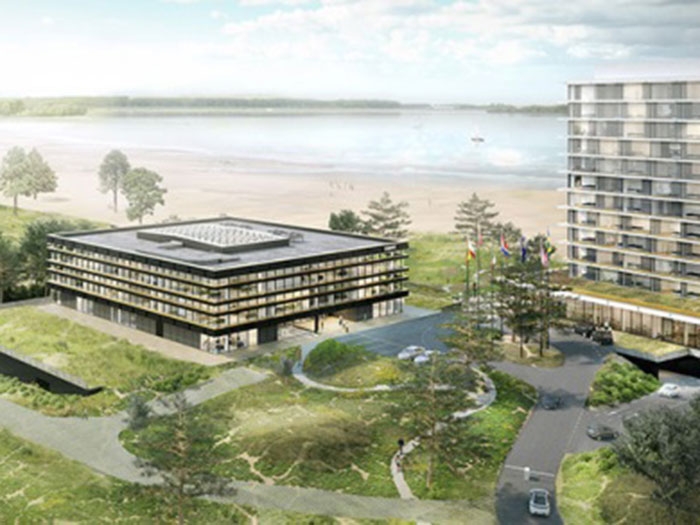 MAY 11, 2015 —Carnival Corporation & plc (NYSE/LSE: CCL; NYSE: CUK) is set to open a new Arison Maritime Center in the Netherlands that will have double the training capacity of Carnival’s existing location and is expected to train over 6,500 deck and engineering officers every year.

Today the company announced that construction is now well under way on a spectacular state-of-the-art campus in Almere, just outside Amsterdam, with a grand opening celebration scheduled for July 14, 2016.

The centerpiece of the new seven-acre campus is the CSMART Academy, the Center for Simulator Maritime Training for Carnival plc, a part of Carnival Corporation & plc.

The CSMART Academy will feature the most advanced bridge and engine room simulator technology and equipment available, with enough space to complete rigorous annual professional training for the company’s deck and engineering officers for its 10 global cruise line brands.

At nearly 110,000 square feet, the center is more than double the size of the company’s current facility, which has been in operation since 2009 in Almere. The new CSMART Academy will feature four full-mission bridge simulators and four full-mission engine room simulators, designed to provide a wide array of programming and simulated exercises that can recreate an extensive range of maritime scenarios.

The new Arison Maritime Center honors the legacy of the Arison family.

His late father, Ted Arison, founded the company in 1972 with one cruise ship.

Today, the company has 101 ships, over 120,000 employees and welcomes 11 million guests annually.