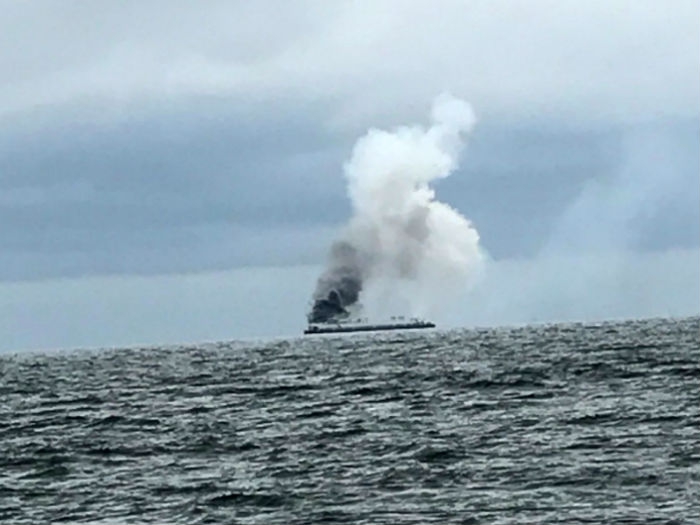 AUGUST 4, 2017—The Gulfport (Mississippi) Fire Department reports that it has extinguished a fire aboard a tank barge carrying 2,500 tons of anhydrous ammonia and 800 gallons of diesel fuel about 2 miles west of Cat Island, Mississippi.

Watchstanders at U.S. Coast Guard Sector Mobile, AL, received a report at about 1:20 p.m. on August 3 that a barge being pushed by the tug vessel Kathryn T. Devall caught fire.

“Safety of the public and first responders is our number one priority as we respond to this incident,” said Capt. Malcolm McLellan, the Sector Commander of Sector Mobile.

The crew of the tug was unable to extinguish the fire and released the barge from the tug. There are no reported injuries.

As of yesterday, the barge was drifting in an eastern direction and is about 4 1/2 miles south of Pass Christian, MS.

The Coast Guard has established a 2 1/2-mile safety zone surrounding the barge.

ES&H, an air monitoring service, and T&T Marine, a salvage company, are currently en route to the barge.

There is a reported 100-foot sheen coming from the barge.