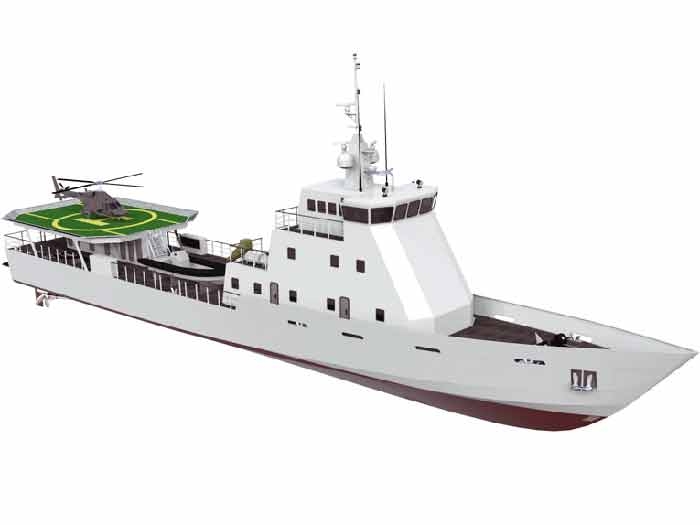 AUGUST 13, 2014 — Western Marine Shipyard, Bangladesh, has kicked off construction of a 55 m offshore patrol vessel worth $20 million with a keel laying ceremony presided over by Shipping Minister Shajahan Khan.

Western Marine is building the vessel under a contract signed in January this year with JGH Marine A/S of Denmark, which will deliver the vessel to the Department of Fisheries of Kenya,

The design for the OPV has been developed by Western Marine and South African design firm Icarus Marine Pty Ltd.  It will be built to Bureau Veritas class.

Designed to sail at a maximum speed of 35 knots, the vessel will have what is descibed as a “robust hybrid propulsion system comprising of controllable pitch propeller & water jet system.”

It will operate over a range of more than 1,500 nautical miles in the Indian Ocean off East Africa to ensure the safety of Kenyan flagged fishing vessels and will have a helipad to facilitate the landing & takeoff of  a 5 tonne helicopter.