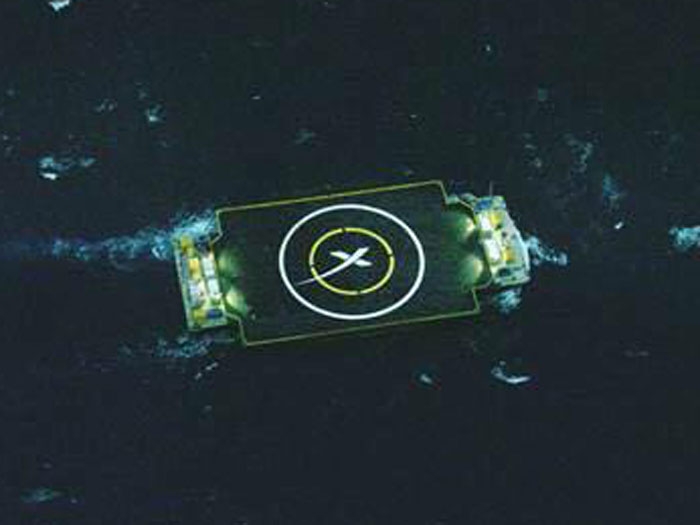 JANUARY 12, 2015 — “Close, but no cigar,” was how SpaceX entrepreneur Elon Musk reported the company’s first attempt to land the latest version of its reusable Falcon 9R rocket vertically on a barge converted into an “autonomous space port drone ship” by a Louisiana shipyard.

“Rocket made it to drone spaceport ship, but landed hard. Close, but no cigar this time. Bodes well for the future tho,” he tweeted January 10.

In subsequent tweets, the entrepreneur reported that “the ship itself is fine” though “some of the support system on the deck will have to be replaced.”

The Falcon rocket’s grid fins used to direct its landing “worked extremely well from hypersonic velocity to subsonic, but ran out of hydraulic fluid right before landing.”

“Upcoming flight already has 50% more hydraulic fluid, so should have plenty of margin for landing attempt next month,” Elon Musk tweeted, then “Am super proud of my crew for making huge strides towards reusability on this mission. You guys rock!”

Landing and reusing the booster rocket is seen as a major step toward bringing down the cost of launches.

The Dragon capsule launched using the Falcon 9 is now successfully bolted onto the International Space Station.