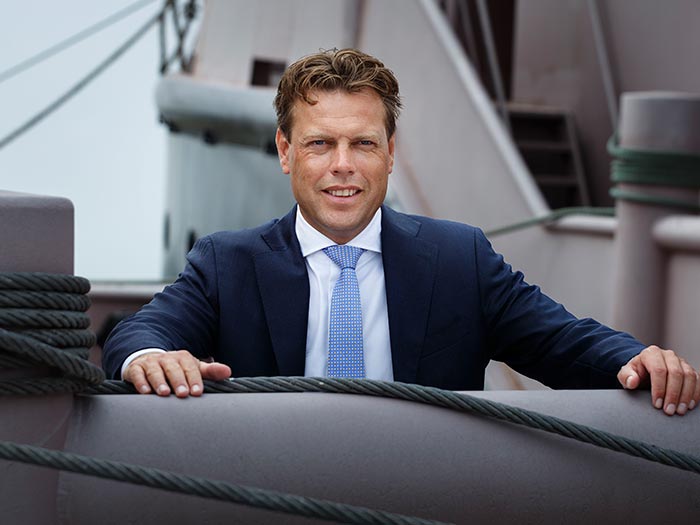 Arnout Damen, oldest son of Damen Shipyards Group Chairman Kommer Damen, will become CEO of the shipbuilding group on January 1, 2020. At the same time, the group will switch to a divisional structure.

Arnout Damen takes over from René Berkvens, who has been the CEO of Damen Shipyards Group for more than thirteen years.

“We are extremely indebted to René for his commitment as our company’s top executive,” said Kommer Damen. “Under his leadership, Damen has grown into a globally operating, leading player. We are therefore pleased that he continues to use his knowledge, network and experience for the company in preparation for his accession to the Supervisory Board.”

Arnout Damen was previously Damen’s Chief Commercial Officer and comes to the CEO role with more than nine years experience as a member of the group’s Executive Board, responsible for operations and commercial affairs.

AS CEO, his first priority will the further implementation of the divisional structure.

“Preparations for this have been going on for several months. We will be officially switching from January 1,” he says. “Damen is known as an innovative and dynamic company that works very closely with its clients. We would like to maintain this. With the growth of recent years, the switch to a divisional structure has become logical to remain close to the various markets and to further expand our leading position in the fields of quality, digitalization and sustainability. ”

Arnout Damen will be succeeded as Chief Commercial Officer on January 1 by Jan-Wim Dekker.