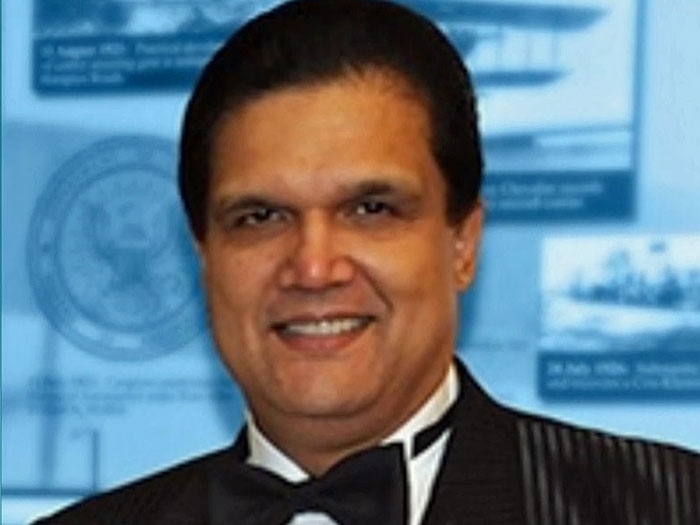 MARCH 20, 2014 — Alex Wisidagama, a citizen of Singapore formerly employed by Glenn Defense Marine Asia (GDMA), pleaded guilty March 18 to one count of conspiracy to defraud the United States for his role in a scheme to overbill the U.S. Navy for ship husbanding services.

The U.S. Department of Justice says that Wisidagama’s plea is the second in an expanding investigation into acts of alleged fraud and bribery committed by GDMA and several United States Navy officers and personnel.

The plea was accepted by U.S. Magistrate Judge Jan M. Adler of the Southern District of California. It is subject to acceptance by U.S. District Judge Janis Sammartino.   Sentencing is set for June 13, 2014, before Judge Sammartino.

Wisidagama, who was arrested in San Diego, Calif., on Sept. 16, 2013, served as the general manager of global government contracts for GDMA, owned and operated by his cousin, Leonard Glenn Francis .   GDMA, with headquarters in Singapore and operating locations in other countries, including Japan, Thailand, Malaysia, Korea, India, Hong Kong, Indonesia, Australia, Philippines, Sri Lanka and the U.S. provided the U.S. Navy with hundreds of millions of dollars in husbanding services, which involve the coordinating, scheduling and procurement of items and services required by ships and submarines when arriving at port.   These services included providing tugboats; paying port authority and customs fees; furnishing security and transportation; supplying provisions, fuel and water; and removing trash and collecting liquid waste.

Wisidagama is the second defendant to plead guilty as part of this investigation.   On December 17, 2013, former NCIS Supervisory Special Agent John Bertrand Beliveau Jr. pleaded guilty to conspiracy to commit bribery after admitting to providing Francis with sensitive law enforcement information in exchange for things of value such as cash, travel accommodations, lavish dinners, and prostitutes.   In addition to Beliveau and Wisidagama, Francis and U.S. Navy Commanders Michael Vannak Khem Misiewicz and Jose Luis Sanchez have been charged as part of a bribery and fraud scheme designed to defraud the U.S. Navy.   The charges against Misiewicz, Sanchez and Francis are merely allegations, and the defendants are presumed innocent unless and until proven guilty.

The Justice Department says that the ongoing investigation is being conducted by NCIS, the Defense Criminal Investigative Service and the Defense Contract Audit Agency.   Significant assistance was provided by the Criminal Division’s Office of International Affairs, as well as the Drug Enforcement Administration, U.S. Immigration and Customs Enforcement’s Homeland Security Investigations, the Royal Thai Police and the Corrupt Practices Investigation Bureau in Singapore.

The case is being prosecuted by Assistant U.S. Attorneys Mark Pletcher and Robert Huie of the Southern District of California, Director of Procurement Fraud Catherine Votaw and Trial Attorney Brian Young of the Criminal Division’s Fraud Section, and Trial Attorney Wade Weems, on detail to the Fraud Section from the Special Inspector General for Afghan Reconstruction.