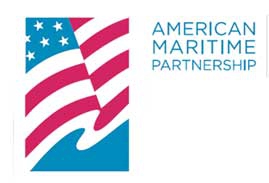 APRIL 18, 2017 — The American Maritime Partnership (AMP)today submitted comments strongly in support of the U.S. Customs and Border Protection’s January 18, 2017 notice that proposing modifications and revocations to around 30 identified rulings, as well as additional unidentified rulings, related to the use of Jones Act vessels in offshore oil and natural gas activities on January 18, 2017.

“Correct enforcement of U.S. coastwise laws is vitally important to national security interests and the maintenance of our domestic maritime industry, which sustains nearly 500,000 American jobs and $100 billion in annual economic output,” said Tom Allegretti, Chairman of the American Maritime Partnership. “The U.S. Customs order repealing erroneous coastwise rulings is a wise action that properly enforces U.S. law, promotes the future strength of the domestic fleet and maritime infrastructure, and puts American mariners first. This action will preserve the intent of the Jones Act, a cornerstone of U.S. maritime policy upon which national and economic security depend.”

AMP says it commends CBP for reviewing prior rulings that were inconsistent with the intent behind coastwise laws, most especially the Jones Act, and urges the lawful implementation of the revocation notice in the interest of national, homeland and economic security.

AMP says that proper enforcement of coastwise laws ensures that companies engaging in domestic trade compete equally and are fully subject to U.S. laws and regulation. At the expense of economic and national security, previous letter rulings have created an uneven playing field for U.S. companies to compete against foreign-vessels, which are deploying cheap foreign labor, while not paying fair taxes.

CBP is accepting comment through today, and will issue a decision within 30-days thereafter.

The notice of proposed modification and revocation of letter rulings relating to CBP’s application of the Jones Act can be found in the Customs Bulletin HERE.

The full comment submitted by the American Maritime Partnership can be found HERE.