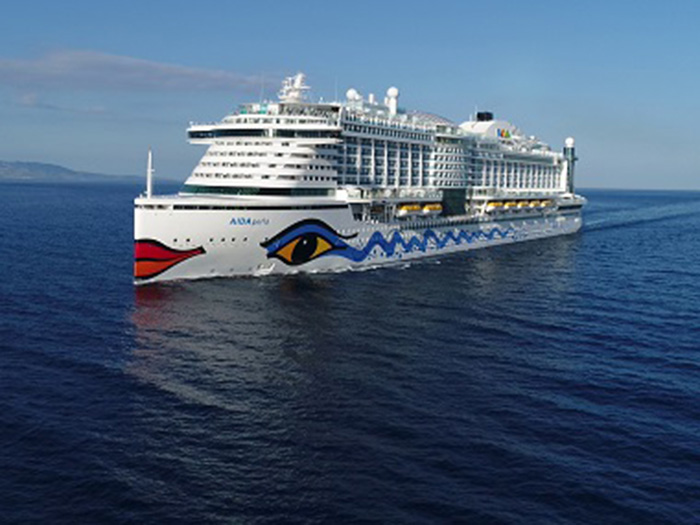 Scheduled to be installed in 2020, this is the largest battery storage system thus far ordered for installation on a passenger ship.

Felix Eichhorn, president of AIDA Cruises, signed the agreement on September 5 in Bergen, Norway, at the grand opening of Corvus Energy’s first-ever production plant in Norway.

The charging of the battery systems can be carried out in port using shore power and during the sea operation (peak load shaving). The system will enable the ship to run on pure battery power for short periods or to contribute to meeting overall power demand in port or at sea. for extended periofs.

Benefits include reduction in the consumption of fossil fuel and increased efficiency in ship operations.

“The integration of innovative battery technology into our green cruising strategy is another important practical step we are taking on our path toward emission-neutral ship operation,” said Felix Eichhorn, president of AIDA Cruises. “Corvus Energy is an important partner for us in the electrification of our ships.”

The electrification of AIDAperla in 2020 will serve as a pilot program, part of a long-term goal of installing battery storage systems on ships from AIDA and Carnival Corporation’s Italian brand, Costa Cruises.

In December 2018, AIDA Cruises made history with the introduction of the world’s first cruise ship capable of being powered in port and at sea by liquefied natural gas (LNG).

In total, Carnival Corporation has an additional 10 next-generation LNG cruise ships on order, including Costa Smeralda, which will be the second of the corporation’s ships to be powered by LNG when it joins the Costa Cruises fleet in October.

The company is also pioneering the use of Advanced Air Quality Systems, its proprietary-technology exhaust gas cleaning systems, or “scrubbers.” As of July 2019, Advanced Air Quality Systems have been installed on 77 of the more than 100 ships in the Carnival Corporation fleet. The systems remove almost all of sulfur oxide emissions, 75% of all particulate matter and reduce nitrogen oxide emissions.