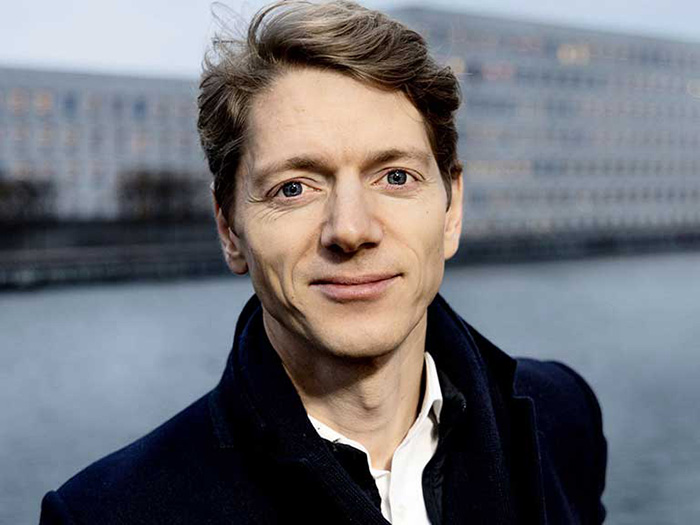 A fifth generation of the Maersk family is taking the helm at A.P. Moller-Maersk. Robert Mærsk Uggla, 43, has been nominated to become the new chairman of the company’s board of directors following its annual general meeting on March 15.

Ane Mærsk Mc-Kinney Uggla has served on A.P. Moller – Maersk’s Board of Directors since 1991 and been Vice Chairman since 2003. She is also chairman of the board of directors of A.P. Moller Holding, while Robert Maersk Uggla is its CEO.

According to Reuters, the holding company owns 41.5% of the shares and 51% of the voting rights in the listed A.P. Moller-Maersk business, which last month reported a record breaking profit.

“The transformation of A.P. Moller – Maersk into an integrated container logistics company is well underway as a result of the efforts of the board of directors, the management led by Søren Skou and the many dedicated employees,” said Ane Mærsk Mc-Kinney Uggla. “After three decades on the board, it is time for me to pass on the responsibility to Robert, who with his sen years on the board of directors has been a driving force in the development of A.P. Moller – Maersk.”

“It has been a privilege to be part of the reinvention of this unique company,” said Jim Hagemann Snabe. “The focus on the core business and the development of new capabilities within logistics, digitalization and sustainability has been key to transforming the company. Robert has been involved all the way and during his time on the board has played a central role in the restructuring and transformation. The timing of a generational change is therefore well chosen. I know that Robert with dedication will build on the momentum that is now established and I look forward to contributing to the company’s continued development in the role of advisor to Robert and the rest of the board.”

Jim Hagemann Snabe will be succeeded as vice chairman of the board by Marc Engel, who is outgoing chief supply chain officer of Unilever and who has served on A.P. Moller – Maersk’s board since 2019

“I am very humbled to accept the nomination as chair of the company,” said Robert Maersk Uggla. “We initiated the restructuring and renewal of A.P. Moller – Maersk in 2016 and have come a long way on many fronts. I am grateful for Ane and Jim’s contributions to the company and their personal support also in the future. I look forward to continuing A.P. Moller – Maersk’s transformation in close cooperation with Marc Engel, the board and management.”