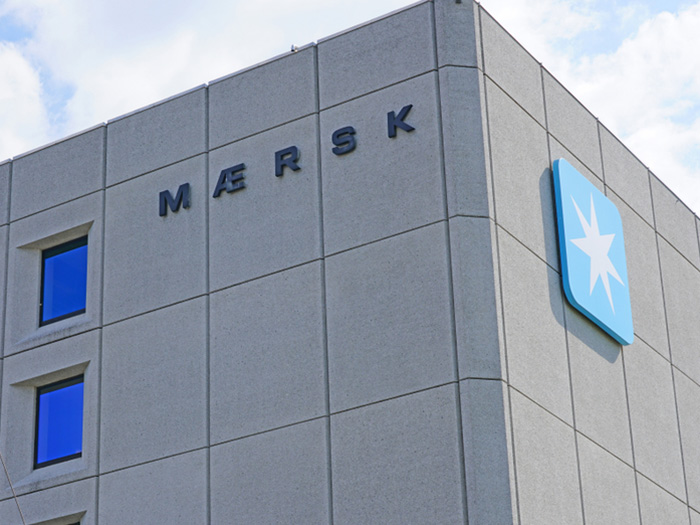 The incident occurred almost exactly one month after a January 16 incident in which the 13,100 TEU Maersk Essen lost up to 750 containers en route to Los Angeles.

In its update on the the Maersk Eindhoven incident, Maersk says the ship experienced a loss of engine propulsion for 3-4 minutes while sailing 45 nautical miles off Northern Japan in heavy seas on February 17, 2021.

The loss of maneuverability resulted in severe rolling with 260 containers overboard and 65 containers damaged on deck.

“Propulsion power was quickly restored on the vessel and the initial analysis indicates engine oil pressure triggered a safety feature, causing the engines to shut down,” says Maersk. “No malfunction or maintenance issues have been identified. The crew is safe and a complete investigation is ongoing. The vessel has had no further incidents and is sailing in calm seas, returning to a North Asia port for inspection and repair. The port decision will be announced shortly.”

“We continue to take the situation very seriously and are in the process of conducting a complete investigation of the incident,” says Maersk.

“Once the vessel is in port and surveyed,” says the company, “we will have more specific details on the extent of damaged containers and the amount of time required to fix the vessel and determine the cargo contingency options.”