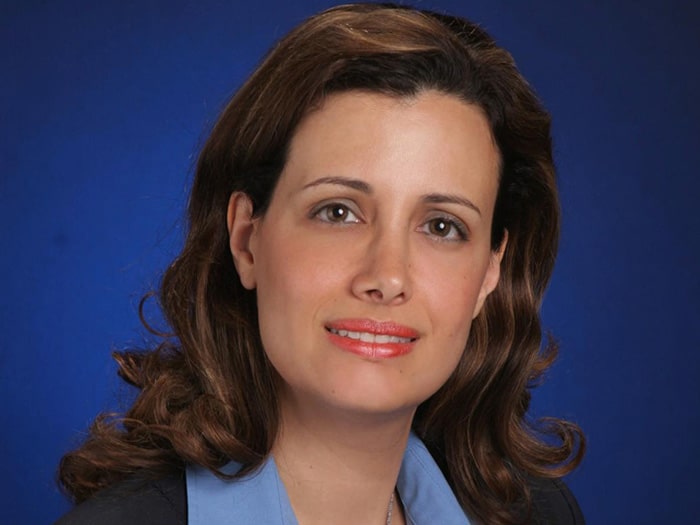 The Port of Los Angeles has announced the appointment of Dina Aryan-Zahlan as chief harbor engineer, lead of the port’s engineering division. She replaces David Walsh who retired in December 2021.

Aryan-Zahlan has served as the port’s assistant chief harbor engineer since 2015, overseeing the planning, development and design of infrastructure and facilities that support the diverse operations of the nation’s busiest seaport, including wharves, terminals, rail, roadways, and public space.

“Dina is a fair, enthusiastic leader with a clear vision,” said Tony Gioiello, deputy executive director of development. “She empowers her team members by applying a shared success and accomplishment style of management that is reflected throughout her team. Her energy and impact among engineers at the port is undeniable.”

A dedicated public servant with more than 30 years of experience as an engineer, Aryan-Zahlan first joined the City of Los Angeles Department of Public Works as civil engineering assistant. During her 22-year tenure at the Port of Los Angeles, she has been pivotal in the transformation of cargo terminals, transportation improvements and waterfront development projects.

Since 2008, Aryan-Zahlan has led the port’s LA Waterfront development team and has played a key role in the port’s $1 billion public access infrastructure development program. Thanks to her efforts, pedestrians, cyclists and visitors to the LA Waterfront have experienced improved connectivity and access to the San Pedro and Wilmington Waterfronts and the California Coastal Trail.

Under her leadership, the port developed the 2003 port-wide Transportation Master Plan resulting in transportation projects, including the I-110/SR-47 Connector and John S. Gibson Ramps Improvements, I-110 Freeway/C Street Ramps and South Wilmington Grade Separation. She also led the team that planned and designed the modernization of the TraPac container terminal, the first of its kind in the nation.

Fostering an inclusive environment, Aryan-Zahlan has created multiple opportunities for career growth and advancement for minorities and women. More than half of her team represents females and minorities, and she encourages each member to develop their professional growth at the port. She is the second woman to serve as chief harbor engineer at the port, where women represent 30% of the professional engineering workforce.

Aryan-Zahlan obtained her bachelor of science in civil engineering and executive master of leadership degree from the University of Southern California. She is a registered civil engineer in the State of California, certified Project Management Professional and Senior Certified Professional from the Society of Human Resources Management (SHRM-SCP). She serves as director-at-large of the Los Angeles Chapter of Women in Transportation Society (WTS-LA) and is an active member of American Society of Civil Engineers (ASCE), American Public Works Association (APWA)