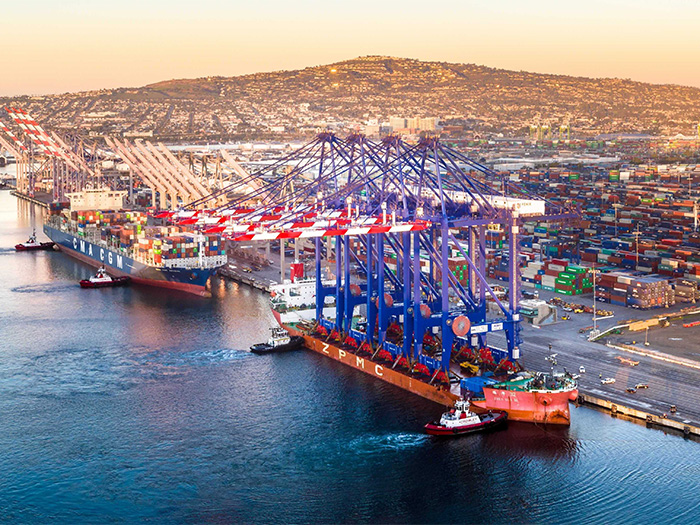 Fenix Marine Services is one of trhe largest terminals in the Port of Los Angeles. [Image: EQT Infrastructure]

EQT Infrastructure is to sell one of the largest terminals in the Port of Los Angeles—Fenix Marine Services (FMS)—to CMA CGM for an enterprise value of $2.3 billion.

Under EQT Infrastructure’s ownership since 2017 (when it was acquired from, interestingly enough. CMA), Fenix Marine Services handles approximately 2.3 million TEUs of cargo annually and employs more than 145 people.

Since acquiring the terminal, EQT Infrastructure has undertaken a series of initiatives aimed to position the platform for long-term success, makinging significant investments in new equipment and systems, including the largest cranes in North America. An extensive yard reconfiguration has increased terminal capacity by 40 percent, improved productivity, reduced turnaround time for truckers, and improved safety. EQT Infrastructure also supported the installation of automated gates and implementation of advanced inventory tracking systems, as well as the launch of innovative machine learning technology to optimize terminal operations.

Currently holding a 10% stake in the terminal, CMA CGM will become sole owner of the facility on closing the transaction.

The CMA CGM Group says it plans to accelerate FMS’ development with significant investment in the coming years:

By early 2022, the FMS terminal will welcome the first CMA CGM LNG-fueled 5,000-TEU ships to be deployed on routes between Asia and the United States