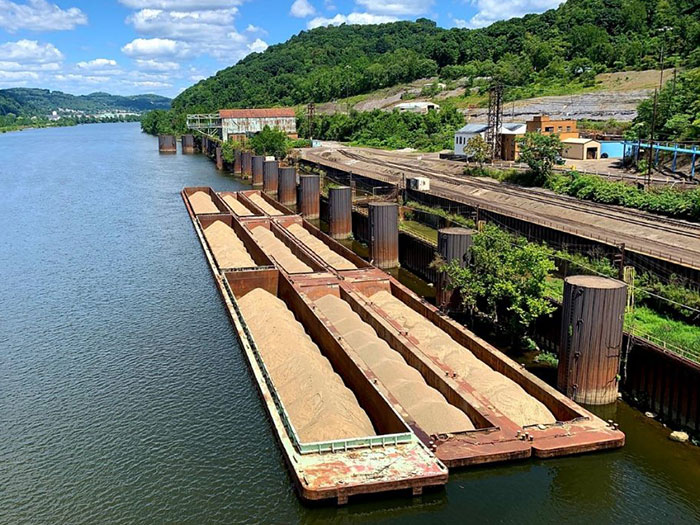 Barges returned this month to dormant mooring cells along the Ohio River in Weirton, W.Va., reports the Frontier Group of Companies, which purchased the former Arcelor-Mittal USA property in 2016.

For the first time in over 20 years, barges began transporting sand, gravel, and steel products and a large array of other materials to and from the mooring cells at Weirton Frontier Crossings, according to David Franjoine, CEO of the Frontier Group.

“While we wrap up the remediation, deconstruction, and repurposing of one of the largest economic engines in the Ohio River Valley, our team has been designing and preparing industry-ready sites for a 500-acre industrial park and inland river port that can accommodate 3.5 million square feet of new industrial and commercial business for a projected $2 billion of private investment,” said Fanjoine.

Frontier Group has reached an agreement with Industry, Pa., based Industry Terminal & Salvage (IT&S) to operate the port facility.

Brad Busatto, president of IT&S, says  the largest source of inbound traffic to Weirton will be markets up and down the Ohio River.

“When fully operated, our port will have the capacity to fleet over 75 barges and load and unload two barges at a time,” said Bussato. “The first tow of barges will be hauling a variety of products that support consumers, industrial needs, and infrastructure.”