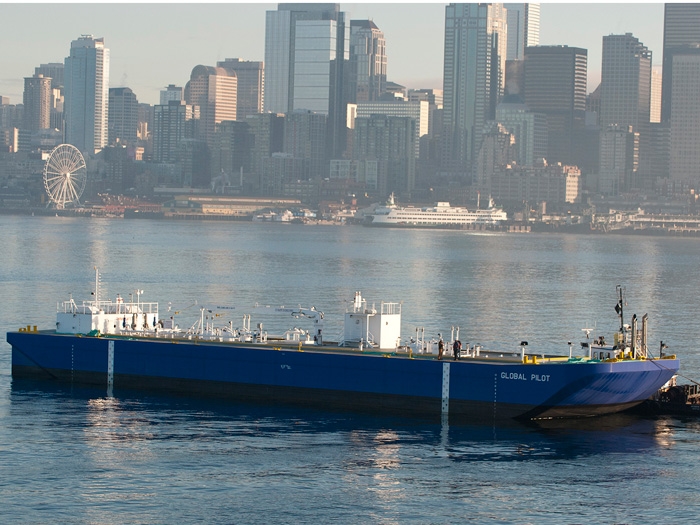 “The ability to collaborate closely with Elliott Bay and Maxum throughout this project was the perfect model for an efficient new build,” said Bryan Nichols, Director of Sales at Vigor Fab. “Our Seattle shipbuilding team is extremely proud to have fabricated a quality barge which will expand Maxum’s multiple supply capacity in the Puget Sound for years to come.”

“There were several key performance factors that made this project possible for our organizations to work so well with one another,” said Dan Kovacich, Vice President Marine Division at Maxum.  “Primarily, Elliott Bay Design and Vigor Fab were true to their word and met their scheduled deadlines.  Maxum Petroleum had a tight timeline; everyone acknowledged it and succeeded in building a ‘best in class’ barge.”

The 15,000-barrel tank barge is one of several barges that have been delivered by Vigor to EBDG’s designs over the past decade.