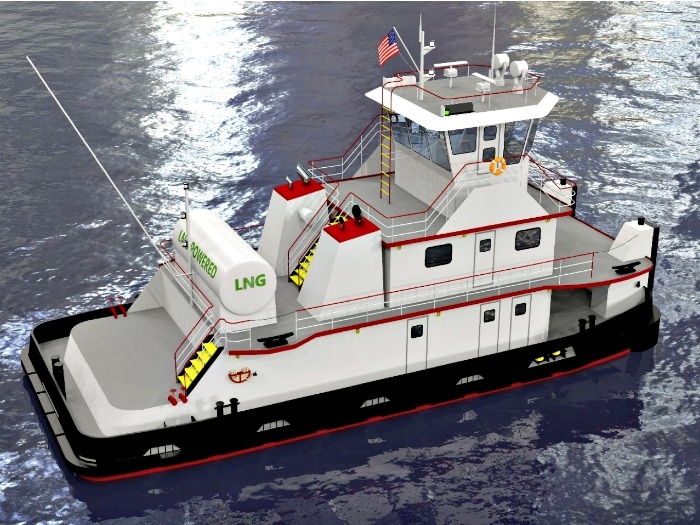 This past October, the U.S. Maritime Administration (MarAd) announced it had awarded a $730,000 Maritime Environmental and Technical Assistance Program (META) grant to the CFCR coalition to convert a towboat’s diesel engine to burn LNG. The META Program is administered by MarAd’s Office of Environment and is designed to foster collaboration with maritime stakeholders to address emerging environmental challenges.

Results from towboat conversion demonstration project will help expand the development and availability of natural gas conversion technology for smaller scale tug, tow, and harbor vessels.  PRCC will collect air emissions data before and after the conversion, which will allow for operational and emissions comparisons.

The CFCR goal is to research and develop the technology to allow marine operators to use a clean burning alternative to diesel. This in turn allows them to meet new EPA emission requirements and reduce environmental impact to the inland waterways.

“We are excited about receiving the first grant of its kind from MarAd,” says Rick Price, Executive Director of PRCC. “Our selection highlights the quality partnerships the PRCC has developed over the years. We look forward to leading the way in the national effort to conduct environmentally responsible marine operations on our Nation’s river systems.”

TSGI will be providing naval architecture services for the conversion of the vessel. It is expected to be the first dual fuel LNG towboat on the inland waterways upon completion of the conversion.

As you might recall, The Shearer Group’s sister company, Bristol Harbor Group, Bristol, RI, is designing the first LNG bunker barge being built in the U.S. The keel for the barge was recently laid at Conrad Orange shipyard in Orange, TX.

Back in 2014, a 4,200 hp LNG-fueled, Z-drive towboat design from Conrad Shipyards and The Shearer Group received Approval in Principle (AIP) from classification society ABS.