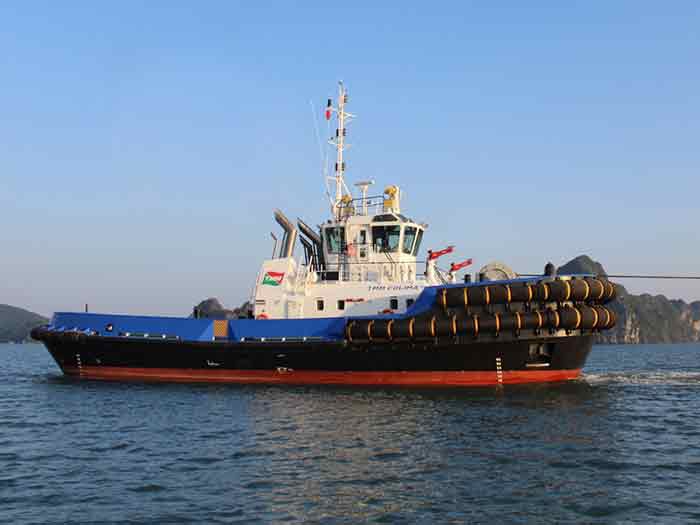 Named TMM Colima, the tug offers 70 t of maximum static bollard pull and strong maneuverability features and will operate in the port of Manzanillo on Mexico’s Pacific Coast, where there is a need for additional efficient vessels with the power to handle larger ships. In addition to the performance and features of the ASD Tug 3212, another factor influencing the deal was Damen’s ability to guarantee a fast turnaround and punctual delivery.

Luis Ocejo, Senior Managing Director, Grupo TMM, commented: “In addition to the ASD Tug 3212 being what we were looking for technically, we also returned to Damen due to our confidence in their systems and scheduling capabilities. The fact that this specific vessel is built in series, allows us to access a proven platform in record speed”.

Financed through Damen Customer Finance, the new vessel is currently on her way from Damen’s Song Cam Shipyard in Vietnam to Mexico on her own keel.