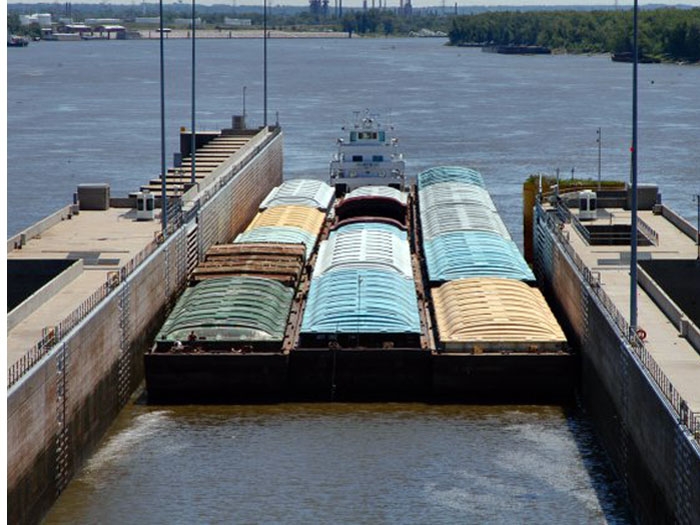 MAY 23, 2014—Maritime interests hailed the passage by Congress of the critical waterways infrastructure bill H.R. 3080, the “Water Resources Reform Development Act (WRRDA) of 2014,” which contains major recommendations of the Capital Development Plan.  Before it becomes law, however, the bill must be signed by President Obama.

WRRDA received overwhelming support in Congress. Yesterday, the Senate passed the bill by a vote of 91-7. This followed the passage by the House on May 20 by an overwhelming 412-4 vote.

The bill contained four key elements of the Capital Development Plan that were included in the House WAVE 4 (H.R. 1149) and Senate RIVER Act (S. 407) bills, strongly supported by WCI:

•  Olmsted Federalization: permanent cost-sharing for the remaining cost of the Olmsted project will be 85% General Fund, 15% Inland Waterways Trust Fund, freeing up approximately $105 million per year for funding other Trust Fund priority projects with Olmsted funded at $150 million per year.

• Prioritization of Projects: based upon risk of failure and economic benefit to the Nation.

The bill also increases annual target appropriations levels for spending of funds from the Harbor Maintenance Trust Fund (HMTF), with full use of HMTF funds by 2025.

Kurt Nagle, President and CEO of the Association of American Port Authorities (AAPA), praised the efforts of U.S. Senators Barbara Boxer (D-CA) and David Vitter (R-LA), Chairman and Ranking Member, respectively, of the Senate Committee on Environment and Public Works, for their bipartisan leadership in advancing the water resources bill through the Senate.

“This legislation benefits every single American because it will help produce a more efficient maritime infrastructure that strengthens our position as a global trade leader, which will, in turn, boost America’s economy, create good jobs and aid in protecting our environment,” said Nagle.