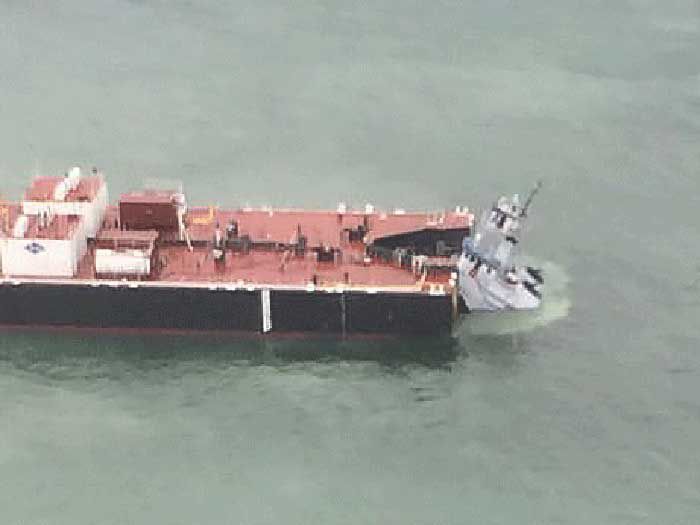 JANUARY 4, 2017 — In addition to all the other problems Kirby Corporation faced when one of its ATBs ran aground in British Columbia waters in October (see earlier story) was that repairs to the barge that had to be made in Vancouver, B.C., did not result in a determination that it had been “rebuilt foreign,” causing it to lose its coastwise privileges.

In the October incident, the barge DBL 55 incurred significant damage to the bottom plating and double bottom structure and was towed to Vancouver, B.C. where it was drydocked and an order was issued by Transport Canada requiring that the barge be repaired before being allowed to depart Canada.

Kirby wrote the USCG National Vessel Documentation Center requesting confirmation that the repairs proposed to be done to the barge in Canada would not result in a determination that it had been rebuilt foreign.

The National Vessel Documentation Center issued a letter December 21, 2016 that shows just how many hoops Kirby had to go through in order to get a determination that if, upon completion, the work was as described in its submissions, the barge would not deemed
to have been rebuilt foreign.

You have to read the letter to get an inkling of just how much nit picking is involved. Access it HERE