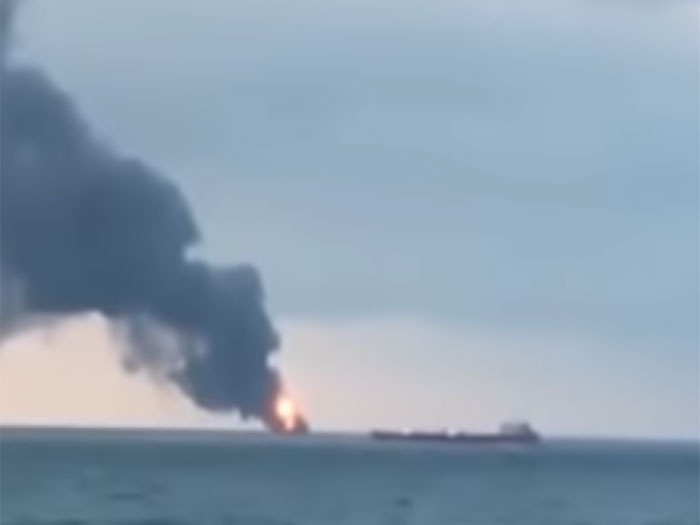 JANUARY 22, 2019 — A ship to ship fuel transfer that likely was in breach of international sanctions appears to have gone disastrously wrong.

As many as 12 people have been rescued, while six are missing.

TASS identifies the ships as “the Maestro and Candy ships flying the Tanzanian flag” and says they “caught fire outside of Russian territorial waters on Monday. According to preliminary information, the fire erupted while fuel was being pumped from one vessel to another. The two ships had a total of 32 crew members, Turkish and Indian nationals.”

Other media reports describe the vessels as LPG tankers. The only LPG tanker called Maestro in the Equasis data base is a 4,811 dwt vessel, built in 1960, and described as “flag unknown.” There is no LPG tanker called Candy in the Equasis base. One report cites the Candy‘s IMO number as 9005479. According to Equasis, that ship is the Venice, a 1992-built, 4,444 dwt LPG carrier that is, indeed Tanzanian flagged. Its registered owner is Milano Shipping of PO Box 727 Anguilla. Amazingly, the Maestro‘s registered owner, Maestro Shipping, uses the same Anguilla post office box.