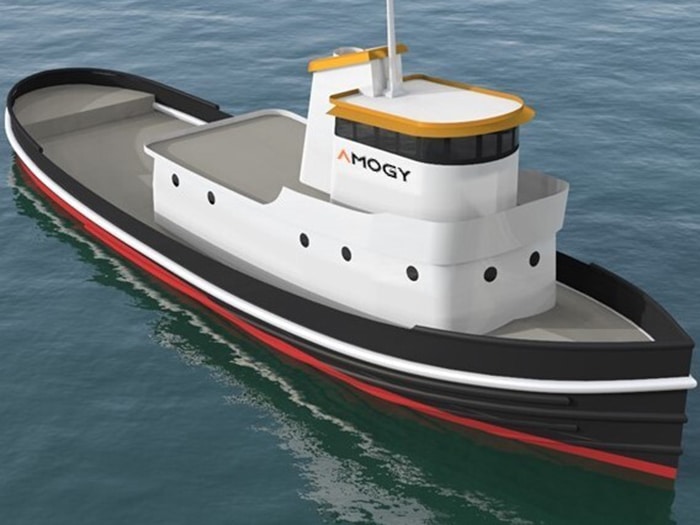 Brooklyn, N.Y.,-headquartered start-up Amogy Inc. reports that it has received Approval in Principle (AiP) from Lloyd’s Register for its ammonia-to-power system for maritime applications

The AiP covers an ammonia power system that generates electricity from liquid ammonia to power maritime vessels. This is achieved by cracking the liquid ammonia to hydrogen, and using the produced hydrogen to generate electrical power through proton-exchange membrane (PEM) fuel cells.

Amogy says it will now continue the technology qualification and type approval processes, which would make the ammonia-to-power system fit for use on maritime vessels.

Amogy, which is backed by investors who include Amazon, SK, and Saudi Aramco, has plans for a world-first zero-emission, ammonia-powered maritime demonstration in 2023. This follows previous successful demonstrations of this technology in a drone and a tractor. Additionally, Amogy is working with industry partners across the ammonia and shipping value chains to evaluate its power solutions for commercial use in upcoming newbuild and retrofit vessels.

“This important milestone is further validation in Amogy as we continue to work towards full commercialization of our innovative ammonia technology in the maritime industry,” said Seonghoon Woo, CEO of Amogy. “As we get closer to bringing our system to market, it is critical to solve unique safety challenges for the design and operation of ammonia-fueled vessels, and our team is committed to working with key partners, such as Lloyd’s Register, to enable its safe adoption by the industry.”

The receipt of the AiP came within days of news that Amogy had signed a memorandum of understanding (MOU) with Norway’s Amon Maritime, which is focused on commercializing ammonia as fuel in several shipping segments, including the Viridis Bulk Carriers project, and which will now consider the Amogy ammonia technology for future projects.