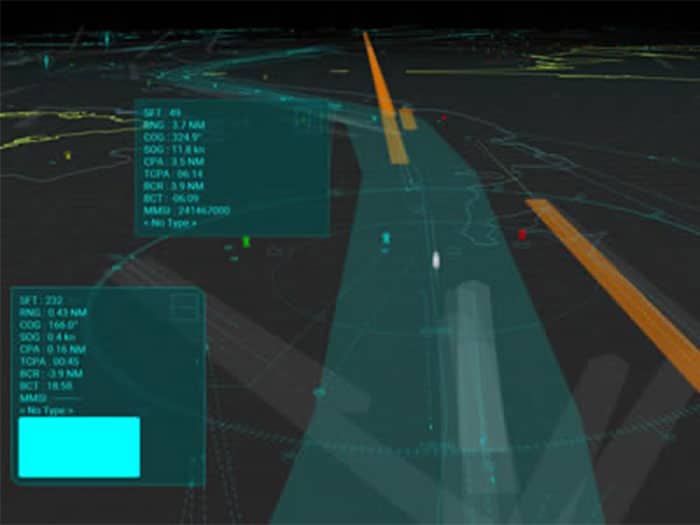 Furuno Electric Company has been hard at work developing systems for unmanned ships as part of Japan’s Designing the Future of Full Autonomous Ship (DFFAS) Project. Furuno’s commitment to contributing its expertise to the project was underscored yet again with the fifth demonstration test of the DFFAS program. Carried out between Tokyo Bay and Ise Bay from February 26 to March 1, a distance of nearly 300 miles, the test demonstrated for the first time the viability of a comprehensive, fully autonomous navigation system for a container ship operating in a congested sea area, including remote control and land support. The successful test represents a major step forward towards realizing full-scale implementation of the concept by as early as 2025.

The DFFAS Project, led by Japan Marine Inc. in collaboration with 30 other companies, completed the construction of its Fleet Operation Center in Makuhari, Chiba City, Japan in 2021. The Fleet Operation Center is a central location to collect information from autonomous vessels at sea and provide land-based support. The role of Furuno is to develop systems for monitoring and analyzing the operation status of crewless ships and employing methods to operate them remotely in the case of an emergency. The goal is to ensure the safety of these vessels by enabling remote control of onboard systems.

“We are working on an emergency operation system that can promptly ensure the safety of the ship, such as remotely maneuvering the ship from land when the onboard automatic navigation system determines that support on land is necessary,” said Yukio Furuno, president of Furuno Electric Company. “As a part of that system, we are developing a 3D bird’s eye view system that supports medium- to long-distance ship maneuvering plans by displaying a bird’s-eye view of the surrounding conditions in three dimensions in VR (Virtual Reality). Furuno is developing these technologies by fully utilizing our expertise in the field for safer and more efficient autonomous operation of ships.”