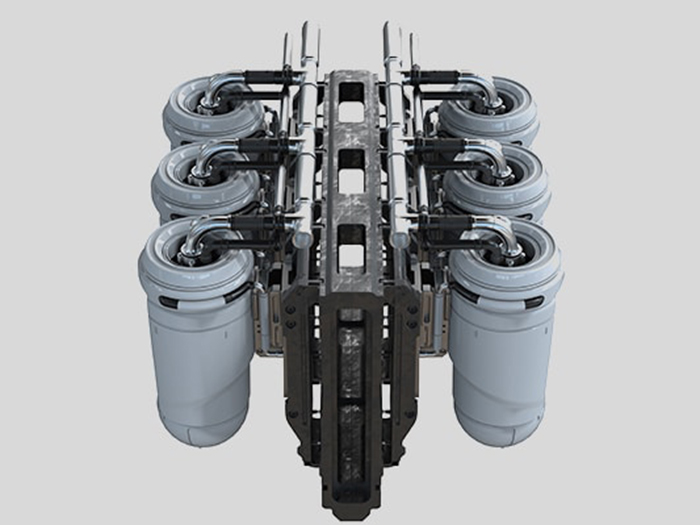 Nuclear power could be in commercial maritime’s future, not its past. Even as MARAD continues the long-running decommissioning of the world’s first nuclear merchant ship, the NS Savannah, London-based Core Power (UK) Ltd. is developing “atomic battery packs” for ships that are very different from the fuel rods that were used in the Savannah.

Core Power is getting powerful backing. It has partnered with TerraPower, a nuclear innovation company founded and chaired by Bill Gates to develop the Molten Salt Reactor (MSR) atomic technology on which its atomic batteries are based. Also in the partnership are leading U.S. energy company Southern Company and Orano USA, a major player in nuclear fuel cycle products and services,

The team has submitted an application to the U.S. Department of Energy to take part in cost-share risk reduction awards under the Advanced Reactor Demonstration Program to build a prototype MSR, as a proof-of-concept for a medium-scale commercial-grade reactor.

What’s all that got to do with marine propulsion?

The m-MSRs (marine molten salt reactors) that Core Power is developing use a fluid fuel in the form of very hot fluoride or chloride salt infused with a “hot” fissile material, instead of the solid fuel rods which are used in conventional pressurized nuclear reactors.

The m-MSRs have no moving parts, operate at very high temperatures under only ambient pressure, and can be made small enough to provide “micro-grid-scale” electric power for energy hungry assets, like large ships. Core Power says that they can be mass-manufactured to bring the cost of energy down below that of gas, diesel and even renewables. It calls m-MSRs “a truly radical departure from the conventional atomic energy technology we know today” and says the technology topens the door to a second atomic era, reversing climate change.

“The implications of the MSR for transport and industry could be transformational, as we seek to build scale-appropriate technology and broad acceptance of modern and durable liquid-fuelled atomic power to shape the future of how we deal with climate change,” says Mikal Bøe, CEO of Core Power.

Over the next few decades as many as 60,000 ships must transition from combustion of fossil fuels to zero-emission propulsion. Core Power says the MSR technology being developed by the consortium could achieve that goal, not only by providing onboard electric power for large ships but also by powering production of green sustainable fuels for smaller ships.