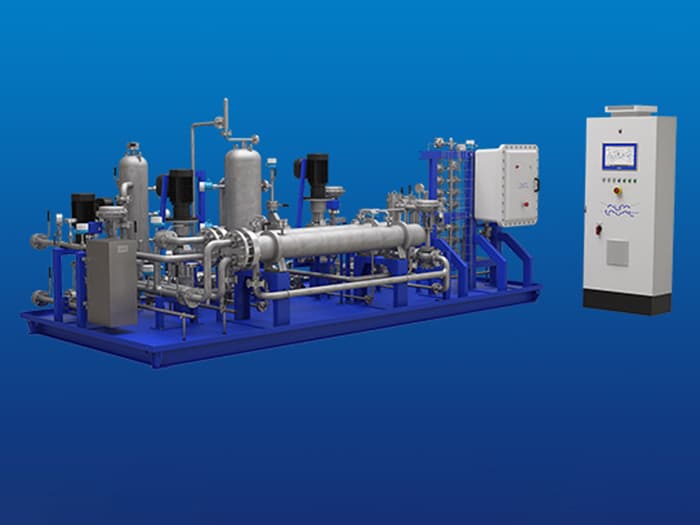 The ships have been ordered by Eastaway, a member of the X-Press Feeders Group, at Chinese shipyards Ningbo Xinle Shipbuilding Group Co., Ltd and New Dayang Shipbuilding Co., Ltd. They will have two-stroke MAN B&W ME-LGIM engines that can run on methanol as well as conventional fuels.

As methanol technology is still new to shipbuilders, shipyards are taking approaches to it that suit their learning curve. Given the complexity and scope of the Eastaway project, the yards have hired engineering companies to procure and integrate the methanol-related components. The FCM methanol was selected due to its unique flexibility and Alfa Laval’s extensive methanol experience.

“Alfa Laval is proud to be chosen for this significant methanol project,” says Peter Nielsen, president, Alfa Laval Marine Separation & Heat Transfer Equipment. “With their ability to sail on green methanol, these vessels will be front-runners in the move to carbon-neutral operations. Methanol is a major advance on the path to decarbonization, and the FCM methanol can be instrumental for shipowners in making the leap.”

With mature technologies and reliable automation, the Alfa Laval system safely supplies methanol within the flow rate, pressure, temperature, and filtration parameters specified by the engine maker. Because it can be adapted to any engine and vessel design, it enables turnkey LFSS deliveries for easy installation. Since 2015, the system has been chosen in nearly 20 methanol projects for more than 10 large shipping companies.

“Over years at sea, the FCM methanol has established a leading position in the industry,” says Alfa Laval’s Viktor Friberg, head of marine separation & fuel supply systems. “Shipowners can count on its proven automation to keep methanol operations safe and secure, but the design advantages are equally strong for engineering companies and shipbuilders. From integration to operation, the FCM methanol makes it simpler to work with this new green fuel.”