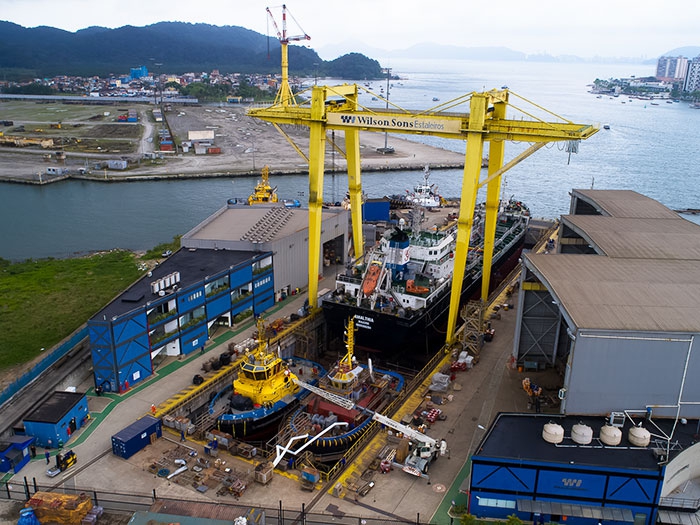 OCTOBER 25, 2018 — Brazil’s Wilson Sons Shipyard has begun the drydocking of the largest vessel it has ever received, the oil tanker MT Amalthia, with a LOA of 99.6 m and 18.0 m beam.

The Marshall Islands flagged vessel belongs to Greek shipowner Medtankers Management and has operated in Santos as a bunker ship since 2011, chartered by Transpetro/Petrobras.

The vessel will be in the shipyard for between 15 and 20 days and Wison Shipyards Executive Director Adalberto Souza says one of the major challenges of the drydocking is the short timeframe given the size of the ship. However, says Souza, the shipyard is well prepared and was chosenfor its infrastructure, safety record and location.

“We are conducting dry-docking services for MT Amalthia and Smit Pareci simultaneously,” he says. “Considering these two drydockings, we have already completed 20 operations of this type this year and we have three more scheduled till the end of 2018,” adds Adalberto Souza.

The current Wilson Sons Shipyard orderbook also includes the construction of two tugboats, one for Wilson Sons Rebocadores and one for SAAM Smit, plus three scheduled drydockings before the end of 2018.