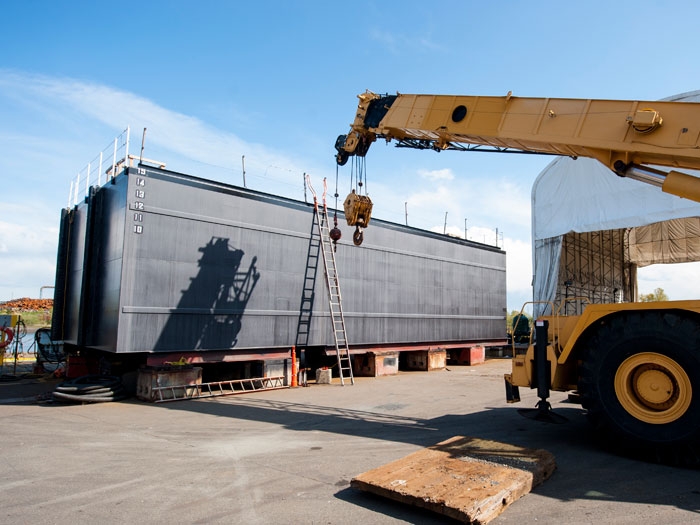 The barge system will be used to moor Shell’s drill rigs at Terminal 5 in Seattle, WA, where the company is scheduled to ready its fleet for Arctic drilling this summer.

The project was completed in under two months and created 60 family wage jobs for the Tacoma yard and its subcontractors.

“We are so pleased that our Tacoma shipyard is now building new vessels,” said Bryan Nichols, Vigor Fab sales manager. “Over the years, Tacoma teams have earned a stellar reputation for quality commercial ship repair and major refits. Adding newbuilds to its resume increases our capacity in the region.”

The Vigor Tacoma shipyard is no stranger to complex fabrication. In the last few years, the yard has completed a number of major refits including mid-body extensions for two Coastal Transportation vessels. Vigor teams added 164 tons of steel to the freight carrier, Coastal Progress, increasing her length by 46′. Similar work was later done on her sister ship, Coastal Nomad.

Trident Seafoods also chose Tacoma for a major refit of the F/V Pacific Ram. Sponsoning added 5′ to each side of the catcher and a new bulbous bow was installed for added efficiency. Her fish hold capacity was increased by 35% and her seakeeping and stability improved.

“With Tacoma’s history of satisfied customers in refits and module construction, this was a logical next step,” said Mr. Nichols. “Our goal has been to create facilities that fill the needs of different types of customers. Tacoma offers the responsiveness of a smaller yard with the resources of the broader Vigor family.”