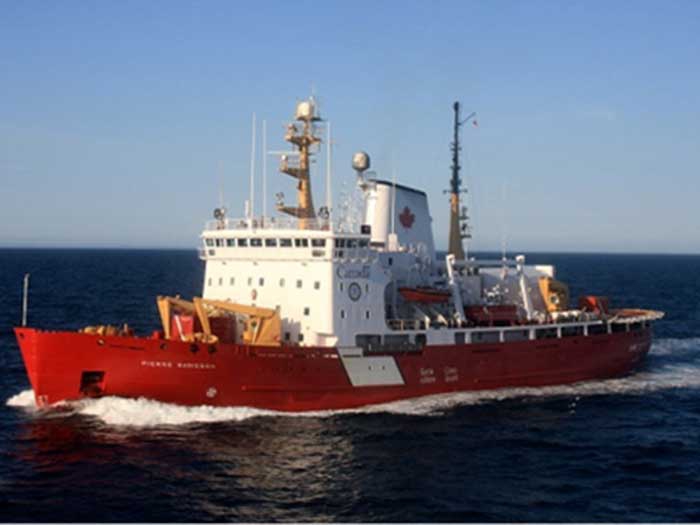 AUGUST 10, 2016 — Verreault Navigation Inc. has been awarded a C$8.7 million contract to carry out refit and maintenance work on the Canadian Coast Guard Ship (CCSG) Pierre Radisson. The work will be carried out the at the company’s Les Méchins, Québe shipyard.

Built by Burrard Dry Dock in 1978, the CCGS Pierre Radisson is a medium icebreaker based in Québec, Quebec.

The work at Verreault Navigation will begin in early September 2016 and is scheduled to be completed by the end of January 2017.

Main work items will include steel work, maintenance and repairs on several tanks, hull recoating, reconditioning the helicopter deck and hangar, replacement of windows and portholes, maintenance on propulsion and steering components, as well as interior repairs.

Under Canada’s National Shipbuilding Strategy policy on vessel repair, refit and maintenance projects, the competitive opportunity to do the work on the CCSG Pierre Radisson was open to all Canadian shipyards on the East Coast, where the ship is based.

In winter, the Pierre Radisson breaks ice and escorts ships in the Gulf of St. Lawrence and on the St. Lawrence and Saguenay rivers. In summer, the ship travels to the Canadian Arctic to escort commercial ships, serve as a primary search and rescue unit and provide support to scientific missions when possible.