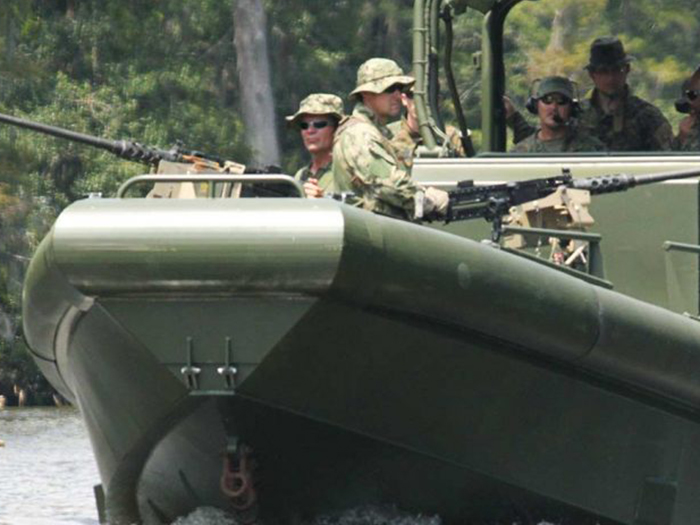 Contract is a U. S. Navy Foreign Military Sale (FMS) award that will benefit a Pacific region ally.

Theodore, Ala., based Silver Ships Inc. reports that has received a contract award worth from the Naval Sea Systems Command for six Riverine Patrol Boats (RPB).

Worth $6.12 million, the Riverine Patrol Boat contract is a U. S. Navy Foreign Military Sale (FMS) award that will benefit a Pacific region ally. The 40 foot vessels are an extremely rugged, center console design and are powered by twin Yanmar 440 HP engines and waterjets. They are armed, armored and have been designed to carry 20 personnel, or a typical crew of six with 14 additional troops and cargo.

RPBs are designed to support military operations in inland waters and rivers as well as coastal areas. Typically, they are used to counter terrorism and lawlessness but can also be used for humanitarian assistance, medical evacuation, command and control, counter-drug, search and rescue, and many other missions.

Several partners were involved in supporting the project, says Silver Ships, including Laborde Products, Inc., JDCI/Boatmaster and Skydex, among others.

“We are excited to be able to provide additional RPBs to the Navy’s Foreign Military Sales program,” says Shawn Lobree, Federal Contracts Manager at Silver Ships. “Silver Ships has maintained a consistent commitment to excellence by providing top quality and highly durable aluminum workboats to the U.S. and foreign militaries for more than two decades.”

“Silver Ships has been manufacturing military patrol boats for the United States military for nearly 30 years and is proud to grow this continued partnership through the Navy FMS program,” says Steven Clarke, co-owner of Silver Ships. “As our 35th anniversary comes to a close at the end of 2020 our sales backlog continues to grow, and our team looks forward to designing and building vessels that meet the highest quality, performance and durability standards.”