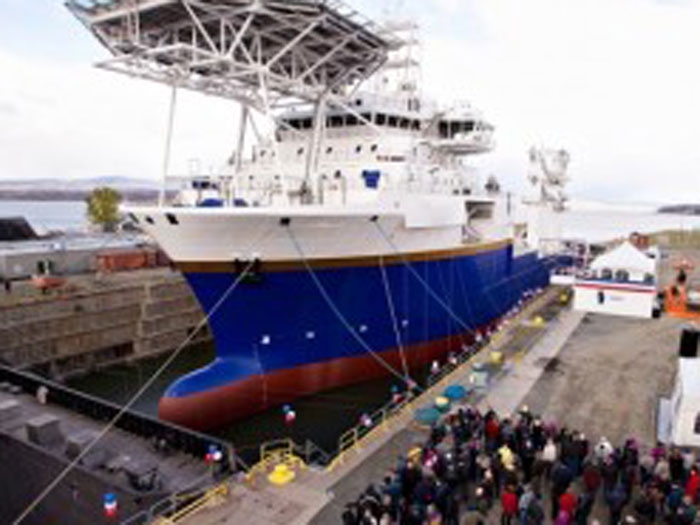 JANUARY 30, 2014 — Delivery of the first of the three construction vessels building for Cecon ASA at shipbuilder Chantier Davie Canada Inc., Lévis, Quebec, has been delayed until sea ice conditions permit the sea trials required for the vessel’s class notation. Delivery was originally set for February 21, 2014. They are now expected in the second half of March.

All of this has necessitated some financial tweaks. Cecon ASA subsidiary Rever Offshore AS , has agreed with York Capital Management Global Advisors, LLC and its affiliates to move maturity for the A and B Bonds held by York to April 1. York will receive 353 shares in Rever as compensation. Further, the parties have agreed that Rever can extend maturity of the A and B bonds to May 1, against another 1059 shares in Rever issued to York.

Cecon says that the extended financing provides increased flexibility for Rever, with respect to concluding one of several charter options and taking out financing alternatives.

This latest delay pales in comparison with some of the earlier problems Cecon has encountered in getting these vessels built. When the they were first ordered, back in 2007, the entire series was scheduled to be delivered from the Quebec shipyard in 2009.