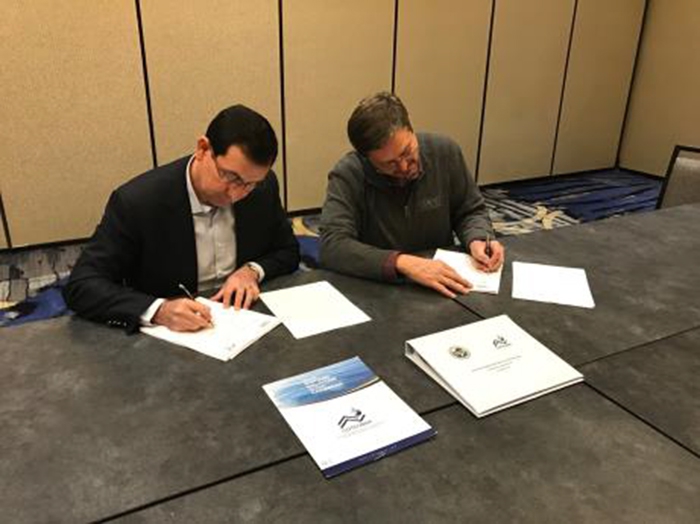 MARCH 16, 2017 — SAFE Boats International LLC of Bremerton. WA, reports that it has signed an agreement with Colombia’s COTECMAR shipyard to co-produce aluminum vessels for use by the Colombian military and regional end users.

The agreement broadens a previously signed Memorandum of Understanding (MOU) with COTECMAR and includes co-production of SAFE models already in use in Central and South America such as the Defender, Apostle and full cabin Jet Boats along with the recently introduced Multi-Mission Interceptor (MMI).

The agreement provides for wide range of collaboration including program management, training, factory production training and sub-assembly and integration by COTECMAR in Colombia.

“The decision to further enhance our relationship with COTECMAR is evidence of our commitment to the Colombian Navy and providing the brave men and women who serve in Colombia with the best products and services to allow them to effectively accomplish their challenging missions,” said Dennis Morris, CEO of SAFE Boats International.

COTECMAR, a Colombian government shipyard created in 2000, has experience delivering large ships and marine services to both Colombian and international users and builds large offshore patrol vessels, coastal patrol vessels, defense craft, BAL-C logistics and humanitarian craft along with many other commercial and riverine vessels.