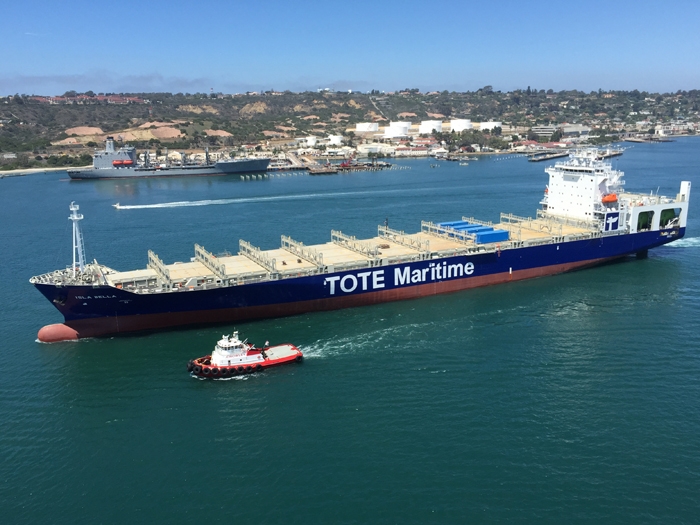 "Successfully building and delivering the world's first LNG-powered containership here in the United States for coastwise service demonstrates that commercial shipbuilders, and owners and operators, are leading the world in the introduction of cutting-edge, green technology in support of the Jones Act," said Kevin Graney, vice president and general manager of General Dynamics NASSCO.